Why Family History is Important.

“People without the knowledge of their past history, origin and culture
​is like a tree without roots.” —Marcus Garvey 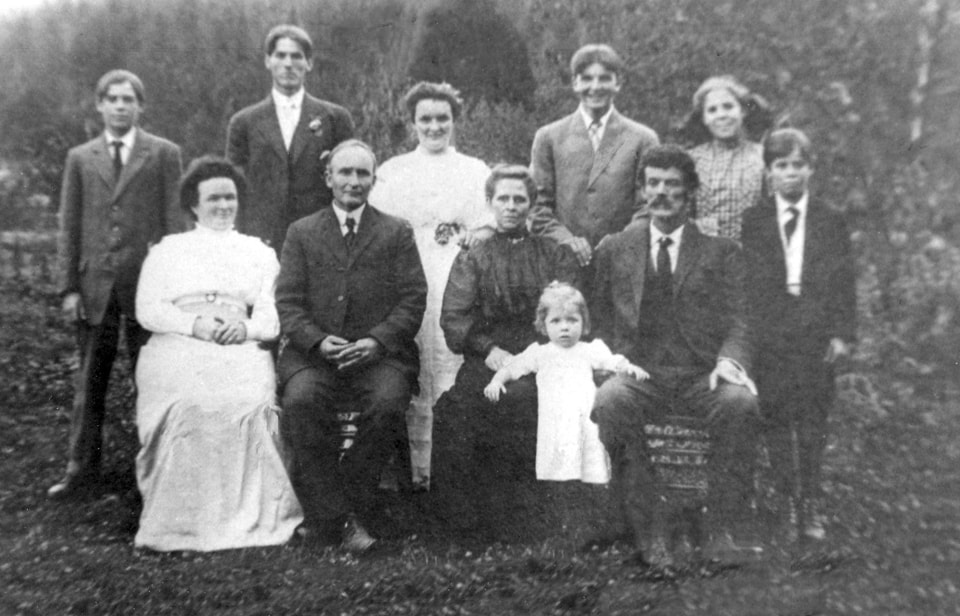 Having a family tree helps us to learn about the past family members whom we never had the opportunity to meet. But it still can create a bond with these distant family members even though they are long gone. There's no doubting the fact that getting familiar with one’s family history can bring a sense of pride. The knowledge that your ancestors had great inner strength can be a powerful motivator for anyone trying to understand our place in the world today.

Is There a Difference Between Genealogy and Family History?​
Genealogy is the study of a family with the intent of making a pedigree, or genealogy. Genealogy records, along with DNA evidence, are necessary to document relationships between individuals in order to construct one’s pedigree.​

What is family history? Family history is the study of the lives, relationships, and understanding your ancestor’s life story. ​ I am a amateur researcher who has an intense interest in my family history and would like to preserve their stories for future descendants​.
Both require vital dates, such as the date of birth, death, and marriage of ancestors.​

One of the best analogies I've read for comparing genealogy to family history, is the construction of a house.
Genealogy is the wooden frame of the house. Family history is the tile on the kitchen floor, the color chosen to paint the walls, the pattern of the wallpaper and paintings hung. To build a house you must start with the frame, and you can’t do family history research without beginning with genealogy.
Most importantly, who would want to live in the house that doesn’t have the character, charm and personality that makes it our home?

As an example; in 1395, JOHN DAVIDSON was born in Edinburghshire, Scotland, his wife Christian Ogilvie, was born 1398 and died 1443​. ​They lived and died in the village of Edinburgh. He was the son of WILLIELMUS DAVIDSON, also born in Edinburgh, in 1370 - wife's name is unknown. Other than that I know nothing of them.

However, ALEXANDER DAVIDSON III, born 3 JAN. 1744 in Gloucester Co. VA. was the son of ALEXANDER DAVIDSON II "the Immigrant" born 1742, and SARAH ELLIS born 1717. He's orphaned at ten years old. Under the guardianship of his uncle William Ellis, Alexander III becomes an apprentice to a blacksmith. In 1768, he marries Anna Bridges born 1742, in Gloucester Co.
Alexander Davidson was a veteran of American Revolution, he volunteered and fought along side his father-in-law Moses Bridges, in the North Carolina Volunteer Militia with Capt. Vinsant’s Regiment, at Ramsour’s Mill, then at the Battle of Cowpens and Kings Mountain, all three, were just 25 miles from his home and family.
He was described as a stout, robust and muscular man, of much energy, with a sound, strong mind, industrious and trustworthy. Church records show that Alexander was a very religious man. He was a delegate to the Association many times and was sent to "cite' someone to meeting almost too many times to count. In June, 1795, he was allowed to "exercise his gift", that is, to preach; he was then ordained a minister in July 1796. He would move his family into Kentucky in 1797. On 5 November 1798, he organized the very first Baptist Church in Barren County, Kentucky. During the next few years he would plant several more churches in the region.
Because of their strong affiliation and devotion to the western expansion of church growth, fact-finding on the Davidson Family was much easier to investigate and explore the narratives that carried them through different eras and move to various regions following the westward migration of our country.

I absolutely love learning about my ancestors, especially uncovering the reasons why the did what they did, and it fascinates me.
​