Johne Davidson, formerly of Liberton in Edinburgh was appointed the first minister at the church in Prestonpans, East Lothian in 1595, and he financed the building of the new church, manse and school where Latin, Greek and Hebrew were taught starting in 1596. The land had been gifted by the Hamilton family, the lairds of Preston, but offered little financial support and Davidson built largely at his own expense.
Johne Davidson was a fearless champion of the reformed faith in the generation after John Knox. He was an outspoken man, fit for his stormy time. He decried bishops, denounced those in the Church who took seats in Parliament and boldly criticised King James VI.​
The Rev. Davidson was an outspoken man and unfortunately the good minister spent time in prison in Edinburgh in 1601 and, on his release, was banned from leaving the parish for life. The church, since 1596, has been served by 27 ministers. 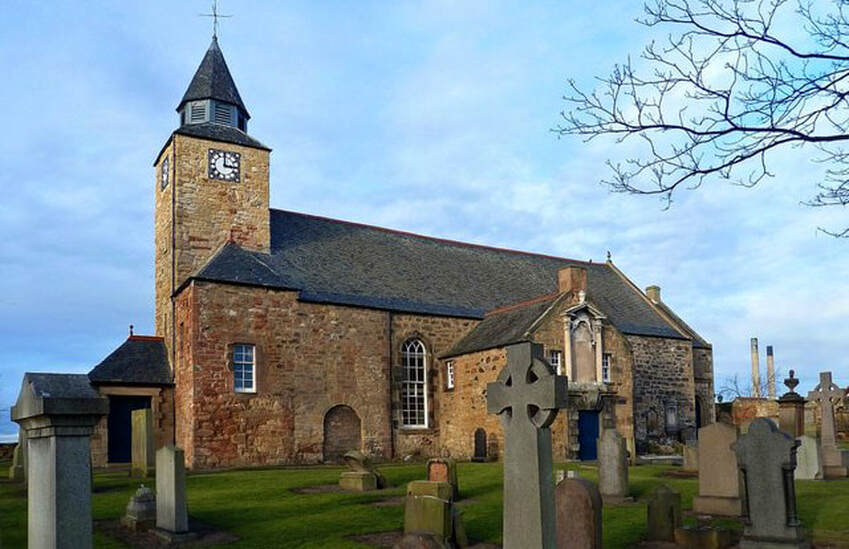 Prestonpans Parish Today
The King had a strong aversion to Presbyterianism. In James’ mind, anything that can be made, can be unmade and that was not to be wondered at, since he was obsessed by the doctrine of the Divine Right of Kings and believed his Episcopacy to be essential to the promotion of an absolute monarchy.
With the influence and support of the Earl of Arran, who was created Earl of Arran by the young King James VI, - both were all against the Presbyterian system. They dispised the uncompromising Reformers with their pure and strict discipline and they gave to the King a prejudice against it which he never lost. He was ever quick to see that a compliant Episcopacy would be more likely to advance his interests than an uncompromising Presbyterianism. It was naturally more expedient for the crown to support Aran’s bishops, for by them Church and State would be closely managed and the monies pocketed. 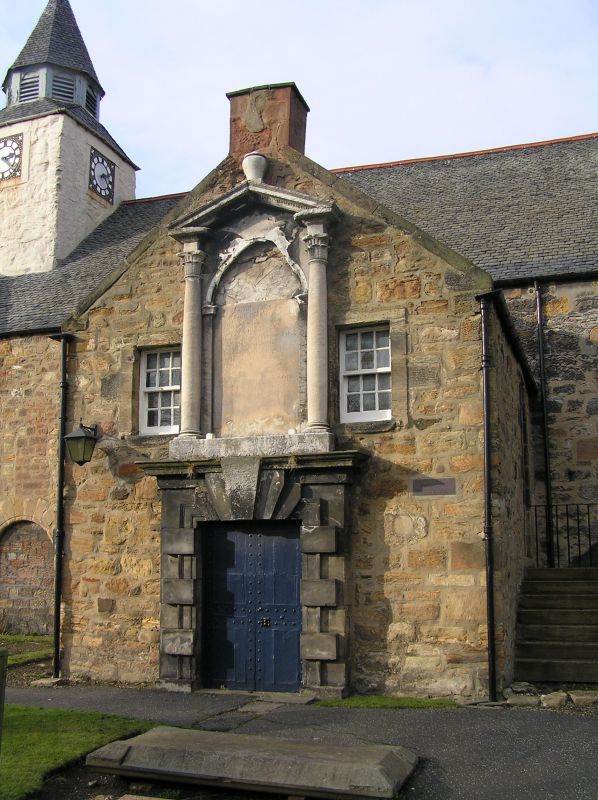 The letter was delivered to James by his servitor, Alexander Dickson, who informed Davidson in a short note that the King was willing to receive him to his presence, release him from restraint and restore him to favour, provided he acknowledged that he had failed his Majesty and humbly craved pardon. Dickson advised him to do that, adding a postscript which, according to Calderwood, was dictated by the King himself to the effect that, in any apology he might make, Davidson must mention specially his offences, namely, his protestation against an Assembly at Edinburgh and his letter to the Kirk concerning another, the corruption of James’ prelacy of appointed Bishops.
Thus we see that James had not relented of his wrath and besides it is probable that he may have been pressed by the bishops to insist on Davidson resiling from the faithful testimony he had given against their corrupt courses. The terms, at any rate, were such as Davidson could not accept without hypocrisy since he did not feel that he was at fault either in anything that he had done or written.
So the hopes of the honest little man were again dashed. It adds to the general contempt one has for James that at the time when he allowed such an opportunity for the exercise of clemency to pass. Probably it was due to fear that any renewed intercourse of Davidson with his brethren would endanger the financial interests of himself and the bishops.
For those who pleaded for Davidson's release and restoration the King angrily replied, "I may be gracious, but I will be also righteous, and until he suitably confesses his fault, he may lie and rot there.' To the Laird of Ormiston he returned a very different answer. His hands, he said, were bound, as he was under promise to the Commissioners of Assembly not to release him. ​

In what is called The Book of Buriall of Saltpreston - there is an entry in the minister's handwriting as follows:
"Thursday ye Q4th (March). Queen Elizabeth departed at Windsor." " 1603. Apr. 5th. The K riding by to England."' It is incredible. that Davidson would have been content to leave the record in that way, without adding the more important item of a royal visit to himself. On his Majesty's triumphal journey south, the jails were opened and the prisoners, with the exception of murderers and those guilty of treason and Romish disloyalty, were set at liberty. "And yet ", as Caldcrwood adds, Mr. Andrew Melville and Mr. Davidsone could not get the favour that malefactors got That good and great nian, now sick and infirm, was thus left to continue the suffering of confinement In his own parish, where for a little more than another year he laboured faithfully and zealously in his Master's work, in preaching and other ministerial duties, and in constant adherence to the Reformation of the Scottish Church in doctrine, worship and discipline."
Johne Davidson died in 1604, August '6th, when a minute of Session appears in what is thought to be Davidson's handwriting, and September 5th following when the Presbytery granted supply for his vacant pulpit. Four individuals, we are told, "having comissione of the haul parish of Salt prestoun but especially of ye laird of Prestoune, campier it lamenting ye death of or father Mr. John Davidson yr last pastor."
Davidson's private papers came into the hands of John Johnston, Professor of Divinity at St. Andrews a colleague of Andrew Melville. Johnston died on October 20th, 1611, and an clip to his will dated August 5th of the same year, contains this clause  "Item, I leave the trunk that lycs under the horde, with Mr. Johne Davidsone's papers therein, to Mr. Robert Wallace and Mr. Alexr Hoome In Prestonpans." The trunk unfortunately has disappeared and the papers were never allowed to see the light of day.  At Johnston's death, the Privy Council gave orders to the Rector of the University and Provost and Bailies of St. Andrews to "cause his coffers to be closed",  as it was understood that he had "sundries, papers, writs, and books, pairtly written be him selfe and pairtlie be utherisilk contains sum purpose and mater wherein his Matie may have very just cause of offends gif the same be suffer it to come to light."