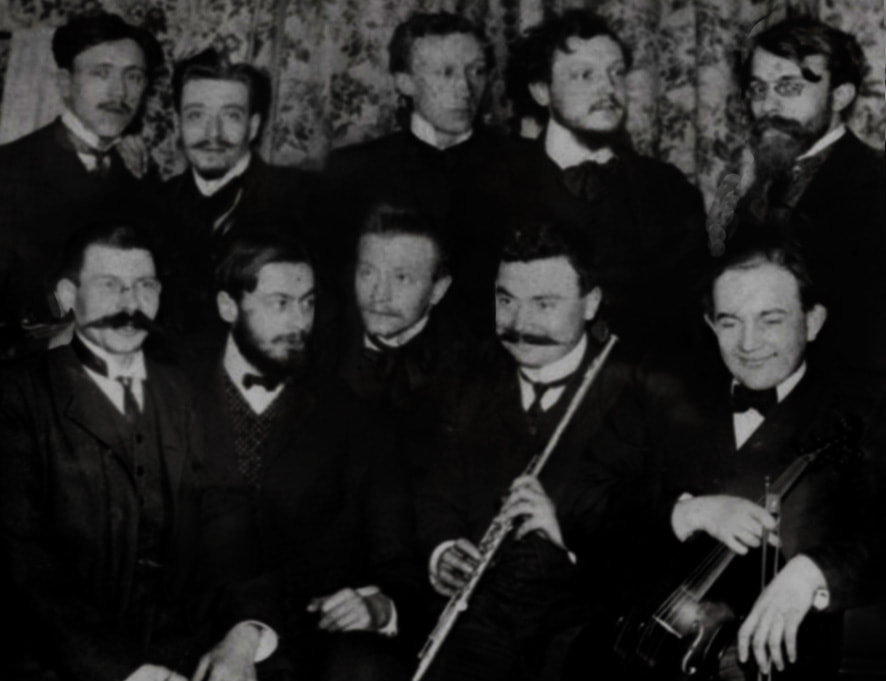 A group portrait (c. 1907) shows Ralph Stackpole, standing center back row, Diego Rivera and Henri Matisse stand to the left of him.

The “Beehive”, was a building called La Ruche, it was artists’ settlement on the outskirts of the Montparnasse section of Paris, which in the early 20th century was the center of much of the avant-garde activity. The Beehive and its ramshackle living quarters and studios housed many young painters and sculptors, among them Marc Chagall, Fernand Léger, Robert Delaunay, Chaim Soutine, Jacques Lipchitz, Henri Laurens, Alexander Archipenko, Albert Gleizes, Jean Metzinger, and André Lhote. In addition, this bohemian colony attracted the poets Guillaume Apollinaire, Max Jacob, Blaise Cendrars, and Pierre Reverdy.
Here, no single style of art dominated the settlement; but rather, experimentation of all kinds of styles was encouraged. Initiated into a new culture as true, enlighten Bohemians, they were also introduced to the unorthodox perspectives of art and the anti-establishment agendas with subversive political or anti-social viewpoints, all of which often were expressed through the experience of free love from willing Parisian women, frugality, and simplistic living or “voluntary” poverty.
Here Ralph began anew, living the typical life of a Parisian artisan. For months he would study in the art salons alongside others, like Henri Matisse, and sculptor Modigliani. He and Leslie Hunter would visit Gertrude Stein, (also a former San Franciscan) listen to Picasso and his newfound devotion to deconstruction and Cubism and here he would meet a new life-long friend in Diego Rivera. ​ 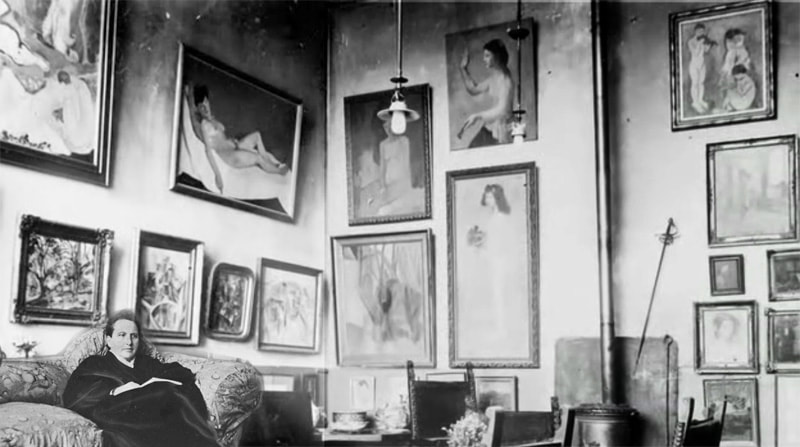 The Parisian cafés served as a popular hangout for artists, writers, and intellectuals, a center of social and culinary life in Paris. They have been around since the 17th century, and serve as the meeting place, neighborhood hub, conversation matrix, rendezvous spot, and networking source, a place to relax or to refuel. The cafés of Montparnasse were no different, there, they served as the incubation of the social and political pulse of the city. Montparnasse was the neighborhood where the starving artists lived, worked, and drank, primarily because the cafés and rents in the area were all they could afford. In fact, most flats and studios at the time didn’t have a toilet or running water.
For a cup of coffee and Saucisse de Toulouse (sausage) and a plate of mashed potatoes they could sit in a cafe and they had heat, a toilet, all the necessities for writing or for sketching. There they talked. Played chess. They debated, about art, about poverty and repression of their art, about philosophy and of course the world’s social oppression of the working class.
The proprietor of La Rotonde, Victor Libion, told the waiters not to wake them if they fell asleep and would look the other way when they broke ends of the baguettes in the bread baskets. Libion was even known to accept a drawing as payment if the artist couldn't pay the bill and the sketches were held until the bill was paid and as such, there were times when the café's walls were littered with a collection of artworks that today would make the curators of the world's greatest museums drool with envy.
One popular hangout was La Dome, opened since 1898, it was the first such café in Montparnasse. It "created and disseminated gossip, and provided message exchanges and an 'over the table' market that dealt in artistic and literary futures."
While the Montparnasse cafes attracted people who came to live and work in the creative, bohemian environment, it also became home for political exiles such as Vladimir Lenin, Leon Trotsky, Porfirio Diaz, and Simon Petlyura.
Here, in the cafés. Trotsky would share his ideology based on working-class self-emancipation and mass democracy. Apollinaire was known to play chess with Trotsky and, a young Diego Rivera became an avid admirer.
These discussions did not fall on deaf ears, many of Stackpole’s public statues were indeed heroic representations of the working/labor classes in America, many of these civic pieces were commissioned through the aid of the Federal Works Projects during the 1930s. The 21-foot corner statues on San Francisco’s Pacific Coast Stock Exchange provides one great example.
A few steps from the carrefour d’Alésia was the little rue Marie-Rose, it is as discreet as confidential. This is where Lenin, had lived from 1909 to 1911, working on his October Revolution of 1917. Still unknown, the future Bolshevik leader liked to walk in the park Montsouris and met his Russian friends gathered in various cafés between the Porte d’Orléans and Montparnasse.
Here the Bohemian artists dreamed, their ideals of the wildly unpredictable avant-garde years. In an era unique perhaps in its overwhelming sense of the new, and the double-edged sword of modernity. Along with awe-inspiring new technologies and unprecedented possibilities of communication, transportation, industry, and beyond, the escalating forces of progress brought with it a menace of dehumanization and its disintegration of meaning, problematizing the role of the working class, the individual laborer or farmer, besieged by the ambivalent new forces that we now know culminated in the overwhelming horror of World War I. 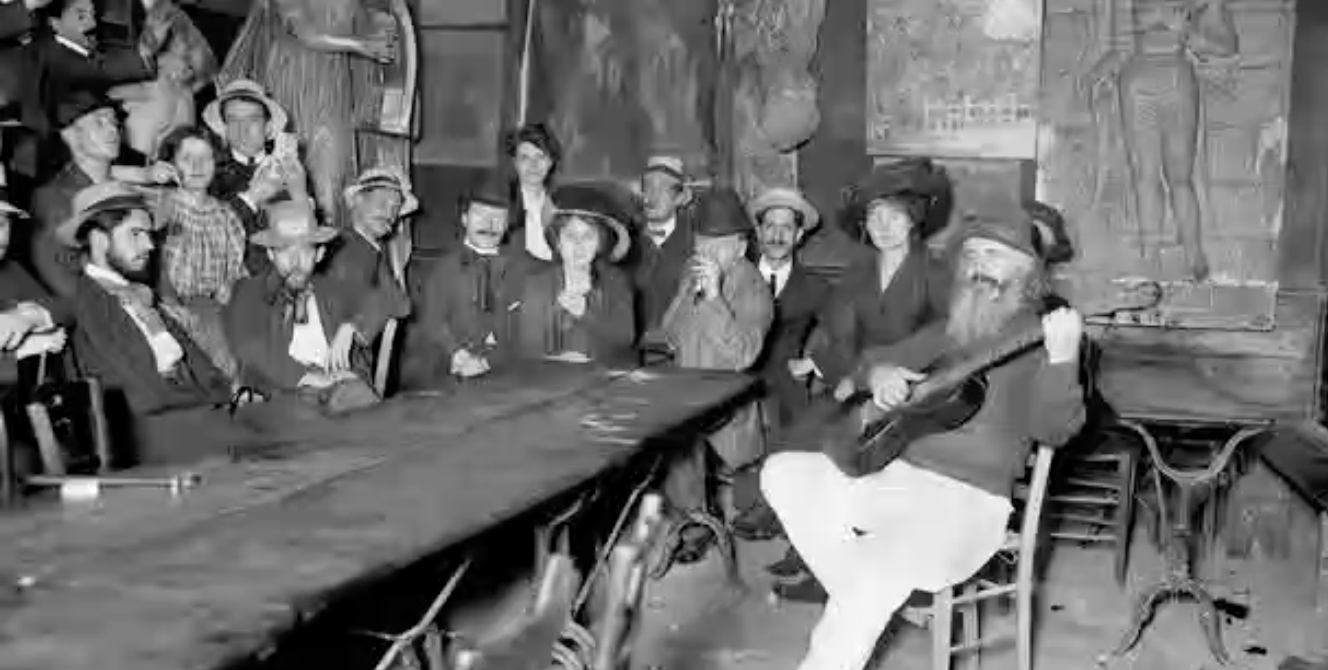 Still, in Montparnasse, they believed that life was an inherently artistic adventure, and art, was a primary element in the experience of life, the two elements indivisible.
Amedeo Modigliani, Ossip Zadkine, Chaim Soutine, Marc Chagall, and others formed the “School of Paris”, a name that rather refers to a group of artists than a real artistic movement.
Here young Ralph Stackpole became exposed to an active part of a great gathering of artists, writers and poets. Like Henri Matisse, others would also gather in Montparnasse: Pablo Picasso, Poet and Cubist advocate Guillaume Apollinaire, the Spanish sculptor Julio Gonzalez, sculptor Jacques Lipchitz, Georges Braque, Max Jacob, Marcel Duchamp, Henri Rousseau, and of course Diego Rivera.
It was during these years 1906 and 1907 Cezanne's art was revealed to the younger painters in a series of great exhibitions. At the same time and partially as a result of the Cezanne exhibitions the Fauves group, the "Wild Beasts”; Matisse, Derain, Vlaminck, Friesz, and Rouault was organized as a body of shock troops against the academic art of the period as well as against the already degenerate Impressionist and Synthesist movements. During 1907 and '08 Picasso and Braque were also studying Cezanne's art and were adding to these new researches of certain principles of design which they had discovered in African masks & sculpture.
When some two years had been spent in Paris, Stackpole longed for America. In the late spring of 1908, he re­turned to San Francisco and opened his studio at 728 Mont­gomery Street. In that block, aka the “Monkey Block” would become a home of local artists like Maynard Dixon, photographer Dorothea Lange and the rendezvous of many of the local art colony— here, Ralph began in earnest his art career, but he would return to visit his friends in Montparnasse. 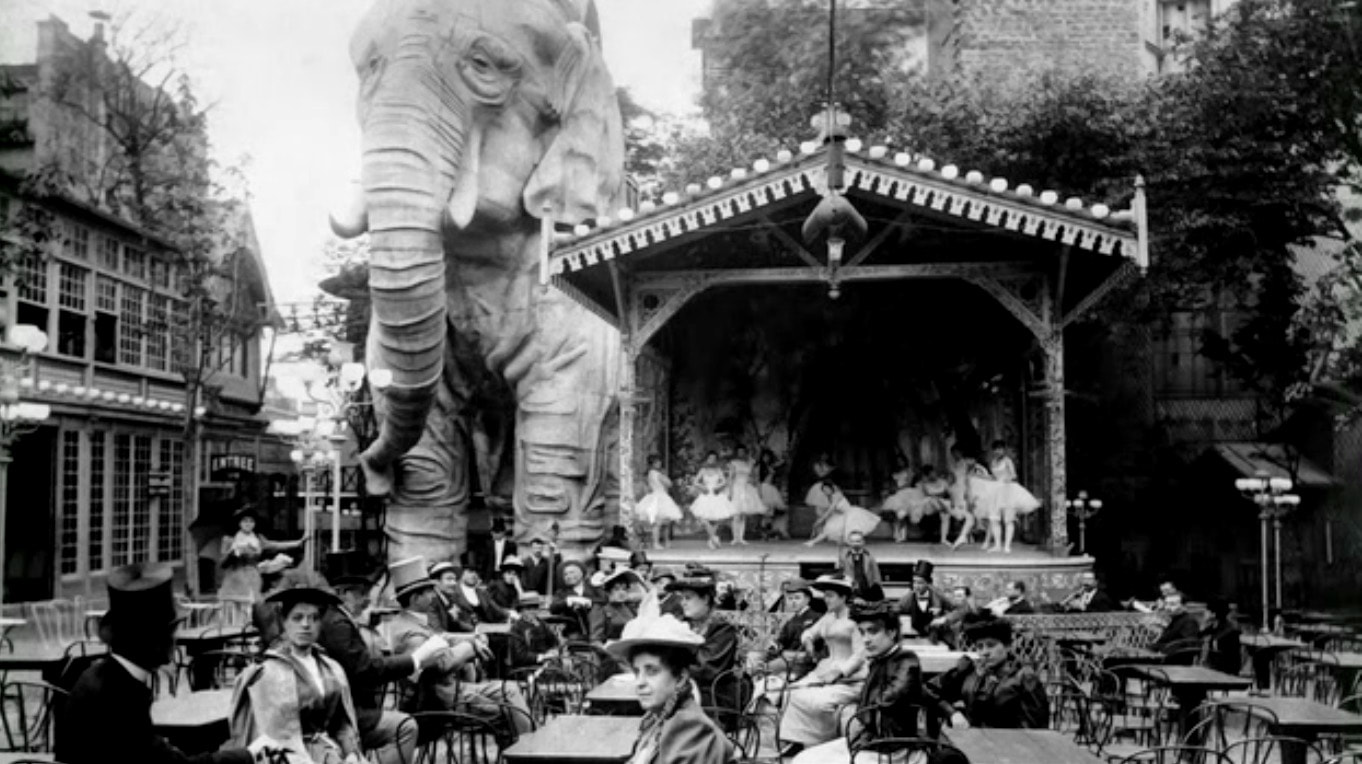 Gertrude Stein and her brother Leo were at the epic-center of one of this most prolific and inspired cultural movements. What started as a weekly gathering, a literary salon at her 27 rue de Fleurus studio evolved into a collaboration of comrades that would come to define modernism in art and literature. Emerging artists like Pablo Picasso and Henri Matisse were regular guests as Stein helped foster their careers by becoming one of their first major collectors. Poets, like Guillaume Apollinaire who wold played a crucial role in the enunciation of modernist aesthetics. Writers like Hemingway, F. Scott Fitzgerald and Ezra Pound would also make appearances at the infamous Saturday evening meetings.
Montparnasse was becoming famous, looking back, it was often referred to as Les Années Folles the Crazy Years”(1905 to the start of World War II), as the heart of intellectual and artistic life in Paris. Paris' artistic circles now migrated to Montparnasse as an alternative to the Montmartre district which had been the intellectual breeding ground for the previous generation of artists. The Paris of Montmartre, a group that had assembled more on the basis of status affinity than actual artistic tastes, indulging in the refinements of Dandyism, (A dandy is a man who places particular importance upon physical appearance, refined language, leisurely hobbies, pursued with the appearance of nonchalance in a cult of self - who strove to imitate an aristocratic lifestyle despite coming from a lower-class background). But, Montparnasse was at the opposite end of the social bourgeoisie, and political spectrum. Montparnasse was gritty, tough-talking, die-hard, pridefully independent emigrant artists that arrogantly embraced their revolutionary attitudes. Here, it was Jean Cocteau who said that “poverty was a luxury in Montparnasse”.
The word spread and virtually every penniless painter, sculptor, writer, poet, and composer came from around the world to thrive in the creative atmosphere and for the cheap rents at artist communes such as La Ruche. Living without running water, in damp, unheated "studios", seldom free of rats, many sold their works for a few francs just to buy food. But nonetheless, they were responsible for launching the diverse manifestations of the modern art movement.
"I aspired to see with my own eyes what I had heard of from so far away: this revolution of the eye, this rotation of colors...that could not be seen in my town. The sun of Art then shone only in Paris.” - Marc Chagall
Matisse and Chagall set their paintings ablaze with pure color, Soutine deployed naked expressiveness, while Picasso and George Barque chose the road of deconstruction.
Each asserted their individual personality, yet all in unison. This creative individuality inspired freedom, a freedom which was to imbue Montparnasse with a unique atmosphere.