James VI and I, born in Edinburgh Castle on 19 June 1566, James was the only child of Mary, Queen of Scots and her second husband, Lord Darnley. James was less than a year old when he saw his mother for the last time, and only thirteen months old when he is crowned King of Scots in Stirling after Mary’s forced abdication. 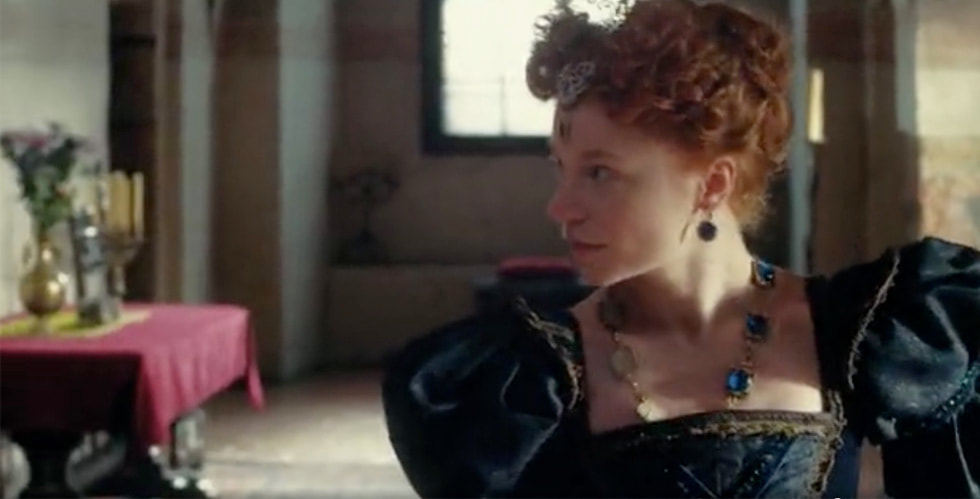 The unfortunate reality of King James VI, was that he never knew his parents, their lives were just odd, sordid tales, true or not, told to hm by others. James’ father, Henry Stuart Lord Darnley, was murdered in 1567, and his mother, Mary Stuart Queen of Scots, was forced to flee after she married one of the suspected murderers, James Hepburn, 4th Earl of Bothwell.
​Queen Mary never saw her infant son again. The notion of young James basking in the glow of unrelenting adoration in a loving family was a far-fetched fantasy. The reality was that young James would grow up looking for alternatives regarding any kind of a cohesive family structure and social acceptance.
His childhood was micro-managed, constantly disturbed by the power struggles of the nobles who vied for control of the boy king.  But, James was given a demanding academic education by his tutor George Buchanan (who tried to teach him to hate his mother) and mentored by four successive regents. Scotland’s troubles of plots and intrigue continued during the regency government that ensued. Before James could assume the responsibilities of his rule, the realm was lead by a revolving lists of overseeing regents, and in short succession one quickly followed after another. The incumbents were either killed or had died under potentially sinister circumstances.

Regardless of the swirling rumors and all the surrounding insanity, in the end, the domineering George Buchanan undoubtedly instructed James well enough as the young prince became a prodigy of learning, with great intellectual skill. But, James would also grew into an amoral sadist who learned to disguise his cruelty with a veneer of intellect and charm.
Under Buchanan, he was trained to be assertive, dominant, and competitive. As a spoiled child and no siblings, he was surrounded by others who were eager to please his whims and he learned early on to use his privileges in coercing others, including adults.
On rare occassions, James had carefully selected male companions, chosen by others to play with, but no girls. Servant girls were simply there to serve him during his idle times of boredom. Through easy manipulation James could force another child to do nearly anything against his or her will, and that was an addicting power, especially for a boy who knew he was going to be the king. Although highly intelligent, he simply did not know what a healthy relationship was.
The fate of the regents themselves only contributed to his dysfunctional childhood and maladjusted upbringing. His mother's half-brother, James Stewart, earl of Moray, the first regent, was killed in 1570 by a member of a family closely allied with his mother's Catholic party. The second regent, Matthew Stewart, earl of Lennox, James's paternal grandfather, was killed in Stirling by raiders from the queen's garrison in Edinburgh.
Sarcastically James said with all the charm of viper, “A queen could leave her throne. But a real mother would never leave her son.” to the Countess of Mar, one of his questionable guardians.​ She was married to John Erskine, earl of Mar, who served as the third regent but only for only a year, died in a suspicious food poisoning death.  Then, the fourth regent, James Douglas, earl of Morton, whose firm control of the government lasted for a half-dozen years beginning in 1572, was eventually beheaded in 1581 for complicity in the murder of James's father, Henry, Lord Darnley, many years earlier. This lurid landscape of endless political schemes and violence would be unsettling to any body, including a young and future king, who witnessed firsthand, Scotland's propensity for feuding.

As it turns out, Buchanan’s efforts and years of service as James’ tutor would only be partially successful. James’ formal education was well known and highly noted, but it would be proven that James had a very different opinion about Buchanan’s limitations of the monarchy’s influence over the church.
James had wholeheartedly agreed with Buchanan that it was his destiny to be God’s appointed king, and not just a Reformation King of Scotland. James also firmly believed that in the divine right as a king, that meant the throne of God and James’ earthly throne were intertwined and James’ word is knitted with God’s, and therefore was unquestionably absolute. This would prove to be an extremely dangerous place to be for anyone who disagreed.
As smart as he was, young James’ ego had failed to grasp the concept of restoration. Reformation was movement, to the restoration of pure doctrine, a revival from the restoring of the scriptures in the church and the Christian’s life. A return to the teachings of Scripture, brings revival of a life that is brought into proper relationship to the Holy Spirit.

3D Rendering - Holyrood Palace - home of the 13 yr-old, King James
At 13, James was proclaimed an adult ruler in a ceremony of Entry to Edinburgh on 19 October 1579. Morton’s power and control over the state, started to decline and he soon fell from the young King’s favor when the Frenchman, Esmé Stewart, Sieur d'Aubigny, who was a Roman Catholic and French nobleman of Scottish ancestry had arrived on the scene and quickly established himself as the first of James's favorites. Esmé Stewart was older, charming, more sophisticated, and a distant French relative, that James would come to adored.  Open displays of kissing and affection became a growing concern to the church leaders when the obvoulsy smitten boy king had appointed the Catholic Frenchman to be Master of the Royal Bedchamber. 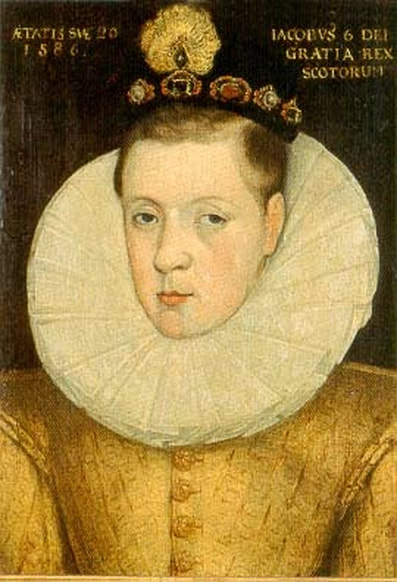 In the fall of 1579, and Johne Davidson is standing outside in the courtyard at Holyrood Palace waiting to meet the 13 year old king for the very first time. It would be the first of many contentious meetings between the two.