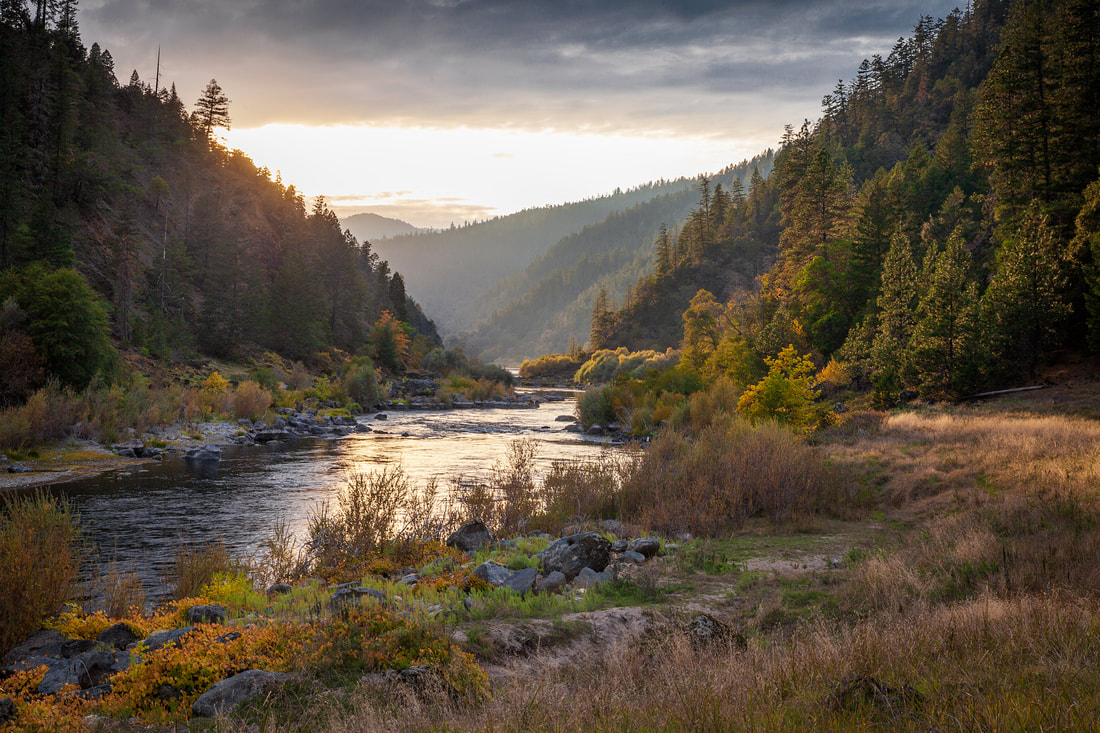 ​The first gold rush in Oregon occurred shortly after the discovery of gold at Sutter’s Mill in California. Prior to the first documented gold discovery in Southwestern Oregon, the region was basically uninhabited with the exception of Native Americans, a few fur trappers, and prospectors traveling through the region on their way to the famous Mother Lode Country. While reports of gold in Oregon date as early as 1850, it was during the winter if 1852 that rich gold deposits were discovered by a group of sailors originally headed for Crescent City, California. They area came to be known as “Sailor Diggin’s” in the Illinois Valley.

Within two years an eleven mile long ditch was constructed to provide water to work the rich placer ground in the area. Soon rich placer deposits were discovered in all three major river drainages of Southwest Oregon; the Rogue, Applegate, and Illinois River all contained rich deposits, along with thousands of miles of creeks that fed the major river systems. Althouse Creek, one of the richest areas in the region, was said to have been prospected by over 10,000 men in the first decade after the initial discovery of gold there. Many of the miners to explore the region were men who had come to Northern California a few years prior, but arrived too late and were unable to find rich ground that had not already been claimed.

It was soon realized that the extent of the goldfields in Southwest Oregon was significant. Nearly every drainage from north of the California border inland for over 50 miles contained gold. Even rich beach placers were discovered in the sands along the coast south of Coos Bay, Oregon.

Although the area was always best known for the rich placer gold deposits in the creeks and rivers, in the following decades after the initial strike many lode deposits were mined.  The gold districts of Southwest Oregon became well known for their extremely rich “pocket-gold” deposits, where many pounds of gold were discovered throughout the region in isolated locations.

Jacksonville got its start as a gold rush town.  Gold was first discovered at Rich Gulch in 1851.  As the news spread the area was inundated by gold miners seeking their fortunes.  Before then, the area was populated by the Upland Takelmas native American tribe. They had previously had limited interactions with white people outside of the occasional trapper.  The influx of white settlers caused increased friction and eventually the native populations were removed from the area.

Originally named Table Rock City because of the view of two mesa about 10 miles away, Jacksonville emerged from the mining campsites and thrived to become the county seat. Settlers coming west on wagon trains found the Rogue Valley to be a desirable place to establish land claims and earn a living as farmers and ranchers. Jacksonville was once the largest town in Oregon Territory, then the 2nd largest in the state.  That is until the railroad bypassed the town in 1884. Jacksonville remained as the county seat and as the prominent town in Southern Oregon, however the boom was over and businesses and residents moved away over the next 50 years.  Most relocated to Medford as it took Jacksonville’s place with its railroad stop.

TABLE ROCK OREGON
Around February 9th of 1852, gold was discovered in Jacksonville. Overnight there was a cluster of buildings going up, and thousands of fortune seekers were descending into the area. As many as as 5 000 young men, who were not living in town, but were ranging over the entire county mining for gold or searching for their place to claim and mine.
One must keep in mind the different populations that that are that are colliding in just over a matter of few months. The white people were divided into two groups of people, you had a very small group of settlers, people were who were living in the Rogue Valley who were putting down roots and didn't want trouble typically had their families with them. Then you had these gold seeking adventurers, willing to risk life and limb, in dangerous and deadly conditions to get rich
By the time Oregon was admitted to the union in 1859, Jacksonville was the largest inland trade center in the new state. It began in the 1850s as a gold boomtown full of miners and merchants and women of ill repute all seeking a quick fortune. It quickly grew into the largest town in southern Oregon. Like most boomtowns, there was very little law enforcement outside that of mob rule, and understandably, very few women.
There was little, if any, of a refined cultured society, and expected established church morality from the community life back east. Here, there was no one to tattle on them, no one is going to write back home and tell them what what trouble they were getting into.
These men were here for only one reason, with a little luck, to get rich and anything that stood in the way of them mining and finding their fortune was a problem for them.
One of the most notorious landmarks of the early mining community in Jacksonville, was the Eldorado Saloon. As early as 1852 gamblers, courtesans, and other hustlers seeking to part miners from their gold had flocked into gallons like the Eldorado.  Jacksonville had 36 saloons, all catering to a population who were primarily young testosterone-fueled white men, an average age of 25, and they were away from civilization for the first time, and away from any conventional restrictions, and civilizing tendencies. 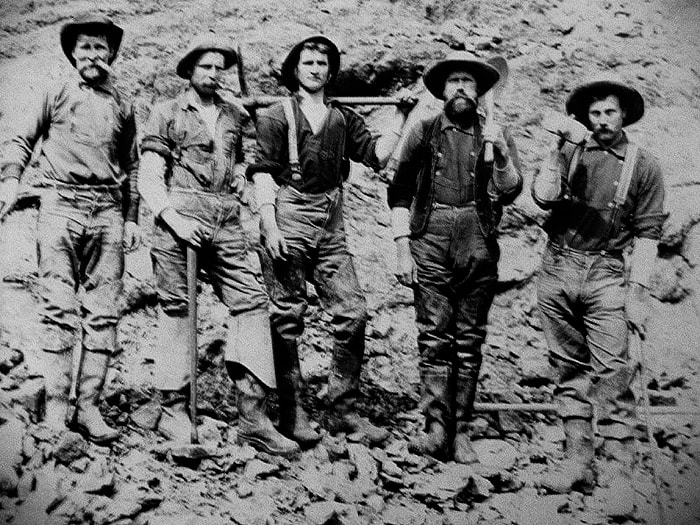