Out of five hundred, only sixty poor souls had survived the dark winter months of 1609-1610
​- known in Jamestown history as the starving time.

When the Jamestown settlers first entered the New World in 1607, they didn’t know what to expect, and they certainly weren’t prepared for the all adversities that came along with the settlement. Honestly, how could they have know? The circulated  pamphlets promote a land, an abundant paradise and the local natives were gentle.

In reality all this uncharted territory was raging with diseases for which none of them had been treated and had no way to protect their health. In his writings, Captain John Smith mentions that many of the settlers were begging to leave, and many already tried. He prevented their departure three different times, once by actually pointing the canons at the ship threatening to blow them out of the water, but why would he want to continue to make them suffer from the diseases and Indian trying to kill them?  He was a military man, first and foremost, he understood firsthand the meaning of persevering through collateral damage.

In early 1609 the hostilities between Spain and England had reached an accord in regards to the Lowlands of Holland, agree to give the Netherlands their independence for the next 12 years. Will Pierce and Samuel Jordan were out of work as mercenaries for the crown. But new opportunities were growing in the New World.

Nova Britannia,
​“Offering Most Excellent fruits by Planting Virginia! Exciting all such as be affected to further the same” 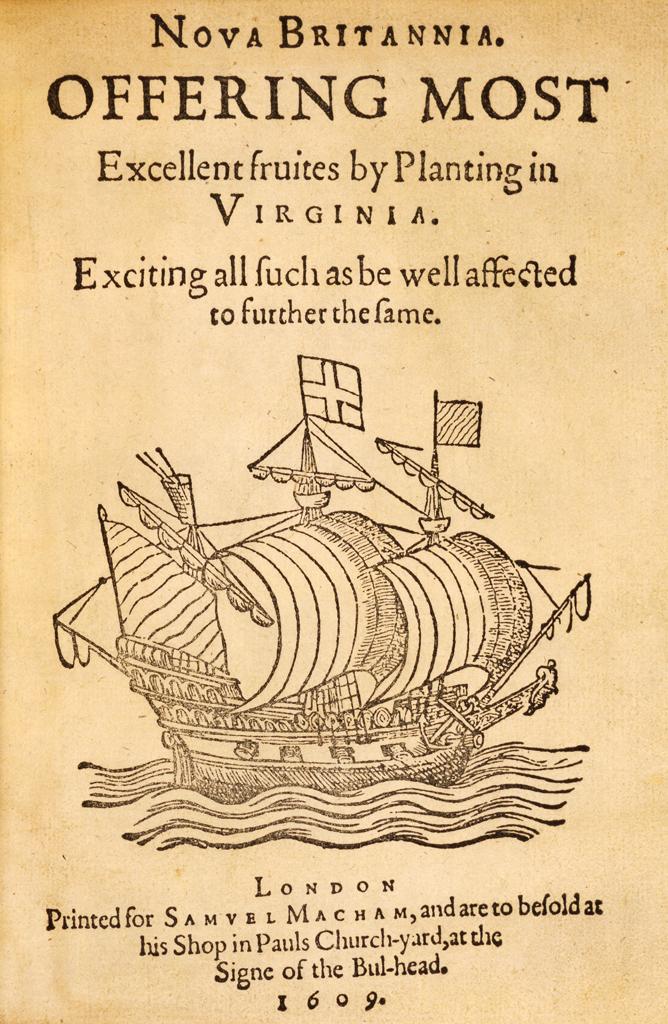 To many they believed this was God’s promise land.
You could venture your money or you venture yourself. Seven years of living and working for the company would earn you a piece of land - 50 acres. Rumor was that Thomas Gates their former regiment commander would be in charge of the colony.

To a soldier it was a promising career opportunity. To investors, it was a  viable financial opportunity when the King had agreed to grant the London-Virginia Trading Company its Charter. Anyone who could put down twelve shillings, ten pence, the cost of one share, could buy in.  Anyone that was of the age of attainment - 10 years old, could sign a contract of employment, binding one to the company for seven years.

In 1609, 9 yr-old Cecily would not travel on the 2nd Supply fleet to Virginia with her mother Cecily and step-father Will Pierce. The company’s flotilla originated in London and and ships were added as they approached Portsmouth. It was decided it would be best that Cecily would to remain behind with her aunt and  uncle, Thomas and Elizabeth Phippen, continue her education and wait out the year in order to qualify for her attainment of company benefits of allotment for landownership, including profits from any minerals mined from the land.​ 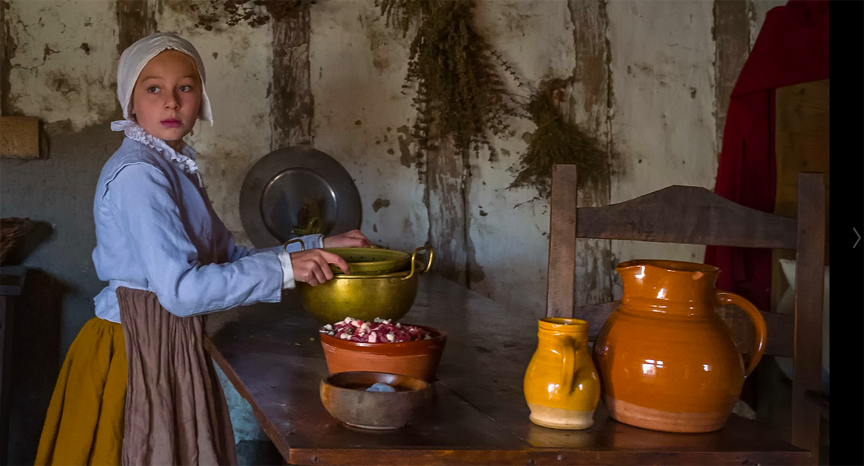 From their departure at Portsmouth harbor, they were leaving behind the tall homes with pointed gables, the inns, the shops, and cobblestone streets to sail beyond the sunset.
Dominating the flotilla of nine vessels, the largest expedition ever sent by the London-Virginia Trading Company was the Sea Venture, with Admiral Sir George Somers and Vice Admiral Christopher Newport. Sir Thomas Gates was also onboard, who would serve as interim Governor until Lord De La Warr could arrive. All of these men were also primary investors in the Virginia Trading Company, and their egos would certainly play a part putting it’s most illustrious men on the Sea Venture. Nearly a third of of all travelers would be onboard this newly constructed floating behemoth. The others jealous adventurers were divided up on the remaining seven smaller vessels and a ketch - used for river travel, would be towed behind Sea Venture. George Yeardly, assistant to Gates, was now Captain of the Governor’s Guard. Samuel Jordan, leavings three sons behind, was assigned to the guard with along with Will Pierce and twenty others. Also riding on the Sea Venture, was John Rolfe and his pregnant wife. Cecily’s mother was assigned to another smaller vessel called the Blessing.

While the coastal terrain might have appeared ideal from the deck of a ship, unoccupied and ripe with natural resources, the Virginia Company had established its settlement on a swath of swampy land more like an island with no source of fresh water.  The lack of clean drinking water likely played a role in the early decimation of the settlement.
Obviously influenced by the devastating disaster at Roanoke, the location was most likely chosen in 1607, up river, out of sight of the heavy cannoned passing Spanish Galleons off the coast. The swamps were thought to offer a natural defensive barrier from the local confederation of native tribes.
However, the settlers’ immune systems not prepared for facing new sicknesses, and the food they were eating wasn’t nutritionally sufficient.  The appointed President that controlled most of Jamestown kept the better food for himself and his close companions. Things like malnutrition automatically increase the risk of sickness. The “Starving Time” didn’t help in this area either. Looking at the malnutrition alone, it would seem that the settlers were dying only from starvation; however, that definitely wasn’t the case. The colonists arrived in Jamestown during one of the driest seven-year periods (1606-1612) in 770 years. The 17th century was also one of the coldest on record. The dramatic weather patterns in the Virginia colony brought on a cycle of conflict, scarcity and death, with climate change threatening its survival.

They soon discovered that the New World was both hotter and colder than they expected. To make matters worse, the already harsh and unpredictable environment was exacerbated by climate change, namely a “Little Ice Age” that lasted from 1550 to 1800. Wet springs led to flooding, hot summers brought on droughts, and frigid winters covered the landscape in blankets of thick frost.The symptoms of malaria can include fever, sweats, chills, headaches, fatigue, nausea, and vomiting. The symptoms don’t always appear at once and tend to come in intensity cycles. Percy from “Observations” said, “Our men were destroyed with cruell diseases as Swellings, Flixes, Burning Fevers, and by warres, and some departed suddenly, but for the most part they died of meere famine.” He believed that the people of Jamestown were dying primarily from a lack of food.