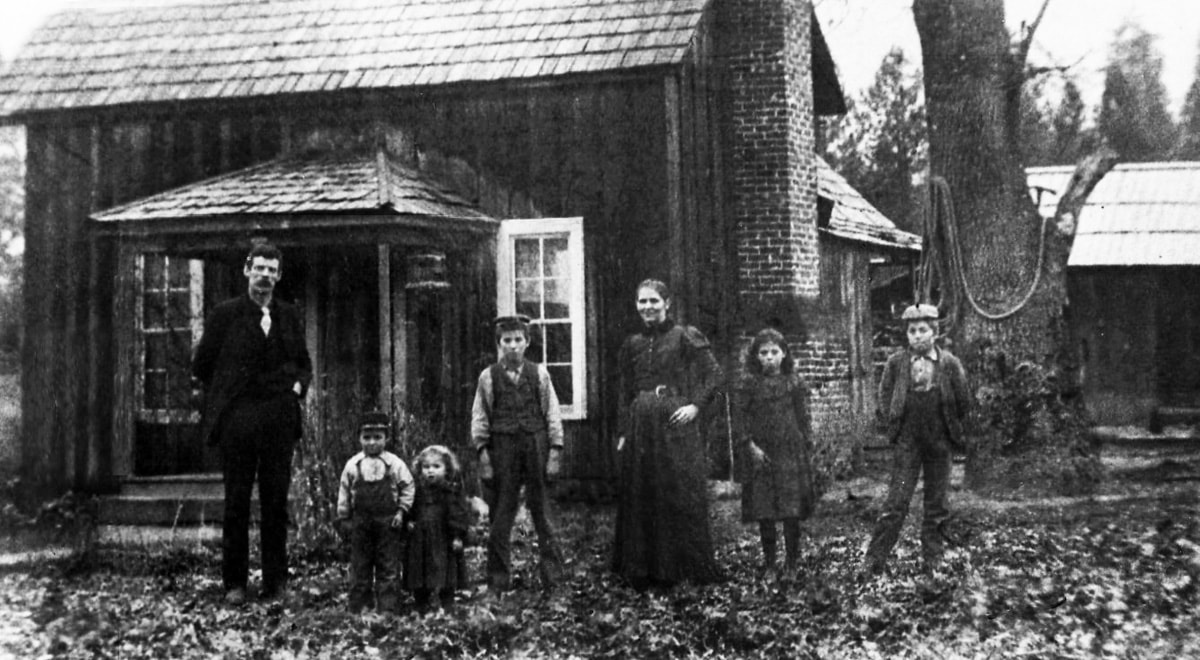 George Washington Bailey 1832-1912
Talitha Jane Norman 1838-1921
Married 1856​
George's father; John, and uncle, Henry, had gone to California in 1850 to seek their luck in finding gold. In 1852, George and his nephew, Billy Bonebrake, went West to join his father and uncle. They finally reached Trinidad, Humboldt Co., Calif. They heard about gold being found in Southern Oregon. They joined a supply train, going over the Siskiyous into the Illinois Valley. They struck gold in the Bolan Lake area near today's Cave Junction.
John and uncle Henry had worked as longshoremen on the California coast and helped build the trail from Crescent City, Calif. to the Illinois Valley, Josephine Co., Oregon. Eventually, the Baileys headed back to the coast and took passage home via around the Horn, to New York City and back to Ohio where their families were then living.​
Around 1880, George Washington Bailey who, because of poor health had come to try the mineral water, in adjacant Siskiyou County, CA., acquired the Lower Soda Springs property from a squatter named Amasa Ball.  "Wash", as he was called, opened a small wayside inn and stage station (Bailey's Station) at the confluence of Soda Creek with the Sacramento River which he operated until 1883. At that time he sold out to the Pacific Improvement Company, a holding company of the California and Oregon Railroad Company.

Peter Bailey 1601- ?
Mrs Bailey​
TRAVELS OF DAVIDSON FAMILY ARE RECORDED  By Claude C. Davidson
“Elijah and Saloma Jones Davidson crossed the plains by ox team from Ohio at an early date, halting in about the center of present-day Portland, where they took up a 160 acre donation claim, aka., Laurelhurst.  They were my grandparents.”

Note: Portland was a wild and unruly town, not the best place suited for raising a family. Portland was infamous for offering all the best vices: opium dreams, gambling, cheap prostitutes, and drunken brawling. In its early days, Portland was a combination rough-and-ready logging camp and gritty, hard-punching deep-water port town," and as a young city (established in the late 1840s) it developed an international reputation for lawlessness and violence. You’d never know it from looking around the Pearl District of Portland today, but a little over 100 years ago this was the most dangerous place on the West Coast to go out drinking. The risk you ran wasn’t so much death or injury, though. It was the risk of waking up the next morning on board a barque headed for China.
​
“After many struggles and privations they sold the donation claim for the sum of $500, moving on to what is now Independence, Ore. Here Carter T. Davidson, my father, was born in March, 1860.  They remained at Independence several years, from there, moving to the head of Williams Creek in southern Oregon, where they took up a homestead.
They cleared land that is now known as the Henry Boat place. They had a family of 10 children, four girls and six boys, of whom at the present date there are only three living. Moses Davidson of California, Mrs. Sarah Goodwin of California, and Jay E. Davidson of Oregon City.
In 1874, Elijah Jones Davidson, at the age of 21 years, discovered the Oregon caves while hunting bear.
In about 1883 my father, Carter T. Davidson, met and married Ella Bailey, daughter of George Washington "Wash" Bailey. They then made their home on a portion of Grandfather Davidson's homestead. Here I was born in 1885. We lived on Williams Creek 17 years.

I recall a log pen father built to protect our young stock, as cougars and bears were plentiful in those days. Many is the time I got out of bed to carry a lantern for father, as it was my job to hold the light while he shot the cougar, bobcat or whatever varmint it was, out of the tree it had been chased into by my father's dog.

An instance many pioneers of Williams will recall is the one that occurred when father followed a huge cinnamon (Grizzly) bear, shooting him as he ate a live shoat (piglet). That bear had slaughtered many stock. He was so large he filled a wagon box with sideboards on---a big load for one team to haul. Everyone rejoiced at his death.

In 1895 a bear caught and killed a large hog in the upper part of Williams Valley, but so far our famous hunters have not succeeded in capturing the offender. A panther has seen and heard several times lately and there seems to be a big increase in the number of wolves and coyotes, since the bounty was taken off.  It would be really unsafe, for a tenderfoot to come to Williams now.

Father mined a good deal, making his start in (Pres.)? Cleveland's administration by taking out the Black Pocket. I can recall the sight of two pans stacked with fine and coarse gold before it was cleaned.
I remember making tunnels with brother Lester, in that big snow of '90, and how high the water was. Father and Uncle Billy Bailey fought water all day to save Willis York's house.

I was 17 years old when we moved to Jacksonville for several years. While we were there father made a trip to Alaska as mine inspector, and I went to San Francisco in 1906 and enlisted as a sailor, working my way across to England. During my absence the folks moved to Ashland.
I returned in 1909, and found a little baby sister, Iris Davidson, aged three years. In the fall father moved back to the Applegate.
I came home in January, 1910, and met Miss Ethel Imbler at Williams. We were married October 9, 1910, and have lived in Josephine County ever since, with the exception of six years spent in Lake County. We liked Josephine County best, so we returned in November, 1918.
In 1921 mother passed away on the little farm on Missouri Flat. Later, in 1925, father sold the home. That was the year Brother Carter, Jr., was killed for a deer. Father died in Grants Pass in 1932.
My wife and I have a large family---seven children. We live at 624 South Fifth St.
I can well recall my first trip in Grants Pass after the streets were paved. Grants Pass is larger now, and a lot of improvements have been made. No more mud, hub deep.”
- Claude C. Davidson
​ 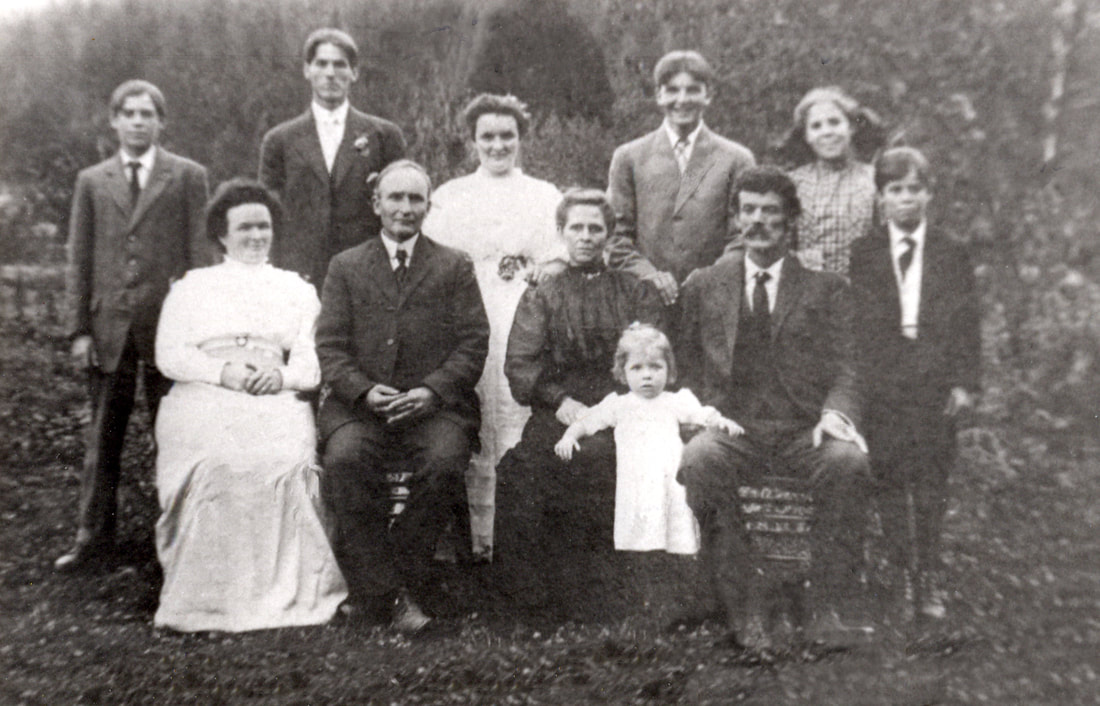 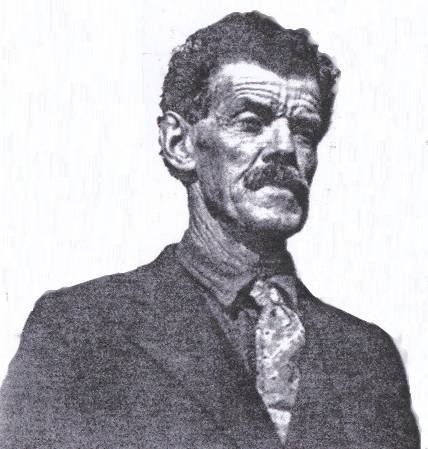 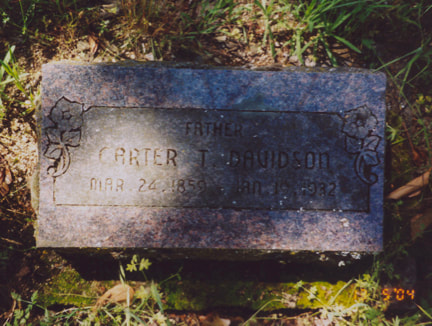