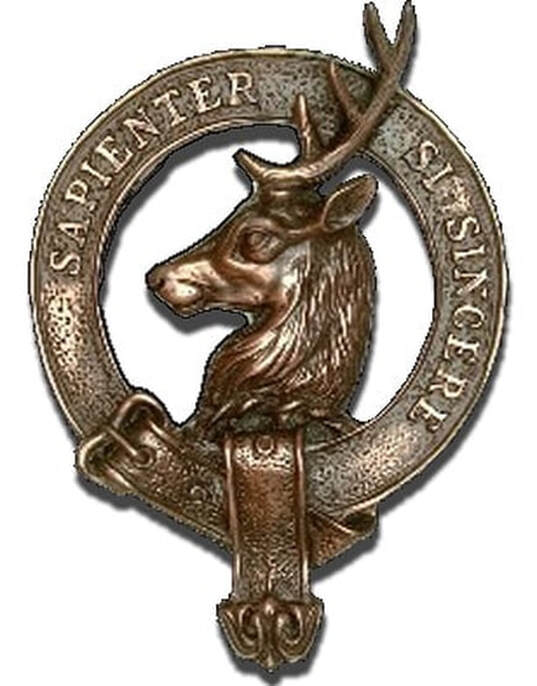 It is believed that the Clan originated in the valley of the Spey River between the Cairngorm Mountains to the south and east and the Monadhliath Mountains to the north and west. The modern-day Scottish towns of Kingussie, Newtonmore and Avimore are located in the heart of the ancient Clan Davidson lands.

The origin of the Davidsons is attributed to a certain Gilliecattan Mhor, chief of Clan Chattan in the time of David I (1085 – 1153). This personage, had two sons, Muirich Mhor and Dhai Dhu. From the former (Muirich Mhor) was descended Clan Mhuirich or MacPherson, and from (Dhai Dhu) Clan Dhai or Davidson.

According to the Highland manuscript believed to be written by one MacLauchlan, bearing the date 1467, and containing an account of the genealogies of Highland clans down to about the year 1450, which was accepted as authoritative by Skene in his Celtic Scotland, and believed to embody the common tradition of its time, the origin of the Davidsons is attributed to a certain Gilliecattan Mhor, chief of Clan Chattan in the time of David I. This personage, it is stated, had two sons, Muirich Mhor and Dhai Dhu. From the former of these was descended Clan Mhuirich or Macpherson, and from the latter Clan Dhai or Davidson. Sir Aeneas Macpherson, the historian of the clan of that name, states that both the Macphersons and the Davidsons were descended from Muirich, parson of Kingussie in the twelfth century.​

By 1308, Rob­ert the Bruce had completely destroyed the Comyns and caused the name Comyn to be proscribed around 1320. Be­cause of this, the descendants of Dhai Dhu would changed their name and became known as Clan Dhai, or MacDhais or Davidson.

When the power of the Comyns began to wane in Badenoch, Donald Dubh of Invernahaven, Chief of Davidsons, having married the daughter of Angus, 6th of MacKintosh, sought the protection of William, 7th of MacKintosh, before 1350, and the Clan Davidson became associated with the Chattan Confederation.
Ancestors to Clan Davidson was a Pictish clan with Celtic roots, principally speaking, the major central highlands area where they hail from has of course been predominantly Celtic throughout the Dark Ages and into the Medieval period.​
The Davison Chief settled in early time in Innvernahoven, a small estate in Badenoch where the Truim river meets the Spey River.
The main focus of Clan Davidson settlement in this part of the Spey Valley was for many centuries on the south side of the river, at Ruthven. A castle existed here from 1229 on the mound now occupied by the walls of Ruthven Barracks.

This was a Gaelic tribe and one of the earliest to become associated with the Clan Chattan. The origin appears to be from David Dubh of Invernahaven.  The Davidsons did not invoke the traditional prefix Mac.  Unlike many Highland clan names which begin with the Gaelic 'mac' meaning 'son of', the son of David took the non-Gaelic form and became Davidson. There are a number of different Davidson lines but the most significant was from Badenoch.

Possibly a branch of the Comyns who were defeated by Robert the Bruce's armies and became known as Clan Dhai when the Comyn name was proscribed around 1320. They became attached to the Clan Chattan confederation and David Dubh of Invernahaven, the first known bearer of the Highland line of Davidsons, married a daughter of the 6th chief of the Mackintosh clan.

The chiefs of the Davidsons are said to have been settled, in early times at Invernahavon, a small estate in Badenoch, at the junction of the Truim with the Spey, and when they emerge into history in 1370 or 1386 the holders of the name appear to have been of considerable number, and in close alliance with the Mackintoshes from whose forebears they claim descent.​
The Davidsons became quite powerful and like most, they were involved in various feuds, and, particularly with the MacPhersons (another part of Clan Chattan), over a dispute in 1370 with the Camerons.  The Clan Davidson or Clan Dhai are recorded as being wiped out as a fighting force in 1370 at the Battle of Invernahavon, which was fought between the Chattan Confederation and the Clan Cameron​
The Davidsons also fought in the famous "Battle of the Clans" at Perth in 1396. This was gladiator-style event staged in front of King Robert III with 60 combatants.

Davidsons & the Jacobite uprisings
By the 16th century the name Davidson could be found from Ayr in the south to Aberdeen in the north. The first Davidsons recorded in Cromarty were Donald Davidson and Alexander Davidson who were living in the new town of Cromarty and who are listed as "in the council" in July 1670.  Another Alexander Davidson who was known as Clerk Davidson was the town clerk of Fortrose.  He married Elizabeth Bremmer, second daughter of a burgess of Fortrose in November 1689. From Alexander descended the Davidson Lairds of Tulloch Castle who became chiefs of the clan.

During the 1745 Jacobite Rising, Angus, the chief of Clan MacKintosh was a captain in the Black Watch. Although traditionally the Clan supported the House of Stewart they had not declared for the Young Pretender. Angus’s wife, Anne, of Farquharson, successfully rallied the Chattan Confederation to the Jacobite cause.
​
Many of these Jacobite convicts upon gaining their freedom settled in the Piedmont Mountains of North Carolina and raised families, leading the British by the time of the American Revolution to declare the area a Hornet's Nest of rebels.
Notable amongst the many Davidsons fighting the American Revolutionary War was Brigadier General William Lee Davidson (1746–1781), a North Carolina militia general during the American Revolutionary War who was killed in action at the battle of Cowan's Ford.​

​In America, Alexander Davidson III fought in the America Revolution, his son Elijah Davidson fought in 1815 at the Battle of New Orleans. Elijah Davidson Jr. fought in the Black Hawk War 1835. Elijah and Elijah Jr's  families crossed the Oregon Trail in 1850, establishing the town of Monmouth, Ore. in 1853.
Battle at Preston 1715 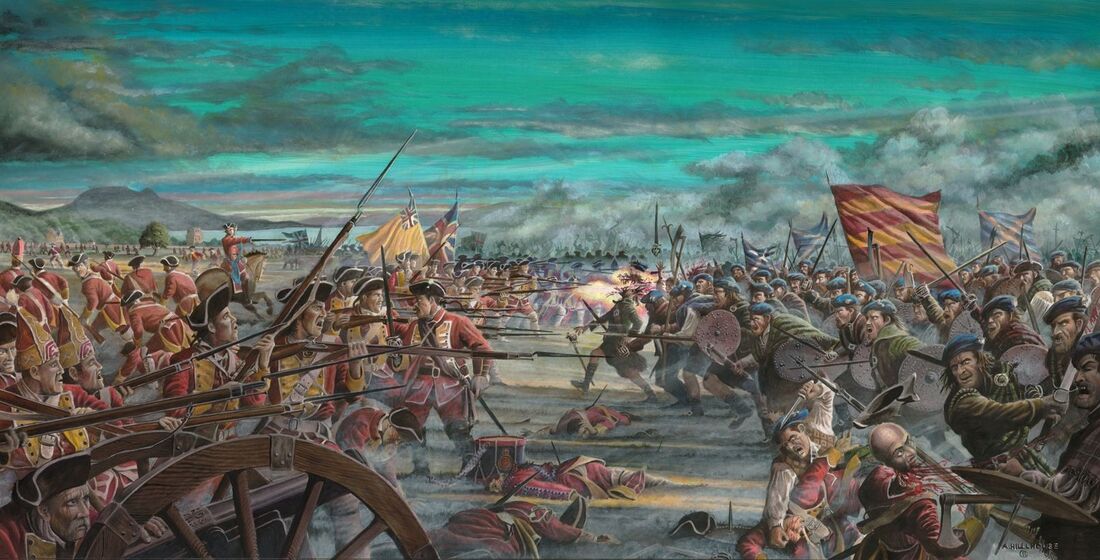