According to Scottish Reformation historians, Johne was one of the most ardent of the Scottish Reformers. As a boy John Davidson was a pupil of David Ferguson (one of six original appointed Reformation ministers) and associate of John Knox. Johne was fully committed to the strict and uncompromising views of church independence and considered it his duty of resisting the monarchy’s absolutism of prelacy - the king’s control over the Christian Church through appointed individuals of high social rank and power. Historians have recorded that had Johne expressed himself less ardently, he would faired better in accomplishing his aims, and avoided the persecution and much personal discomfort.  But Johne's stern assertion of his opinions, - first in defiance of a very ambitious, and aggrandizing Regent Morton, secondly, his public views of the detestable Duke of Lennox and questionable companion to King James, thirdly, and more importantly, his direct animus towards King James himself. All of which, had rendered his career a memorable one. Johne was a sound theologian, an eloquent declaimer, and one of the most accomplished scholars of the Reformed Scottish Church.  As a devoted evangelist, his fervor was boundless; he reanimated the waning zeal of his church brethren, reprimanded clerical hypocrisy, and in a degree not inferior to the most distinguished of his contemporaries upheld those principles of freedom and the importance of availablity and common access to the scriptures for all.
Johne had many audiences with King James, as the two intellectual equals would often spar over their opinions regarding Presbyterism and the Three Estates of the Parliament of Scotland. At times their debates were heated exchanges with Johne's accusations of a neglectful king, that would astonish many of the onlookers in the king's court.
Johne would eventually be sentenced to confinement within the property of his own parish in Prestonpans by order of an exasperated King James, who had once threaten Johne standing in his presence “Were you not an old man, I would have your head removed from your shoulders!!”
​
But the boldness of Johne’s words would eventually be seared into the memory of an irreverent king who, years later would surprise an assembly of Puritans by approving their request for an English Bible. But he did so with a scornful put-down of the Geneva Bible (the Puritans' preferred-translation) and of the whole thought of attempting an English Bible translation was laughable. The king's famous response was that ‘he could never imagine a Bible translated well in English, but the worst of all, his Majesty thought, was having the Geneva version.’
So, the origins of the King James Bible, was considered a "poor and empty" request from a handful of dejected Puritans, granted by a sneering king, who in jest, a possibly a final jab at the memory of an old feud, from a thorn-in-his-side’, a dearly departed, well-versed antagonist and worthy debater named Johne Davidson. A man he despised and admired at the same time. 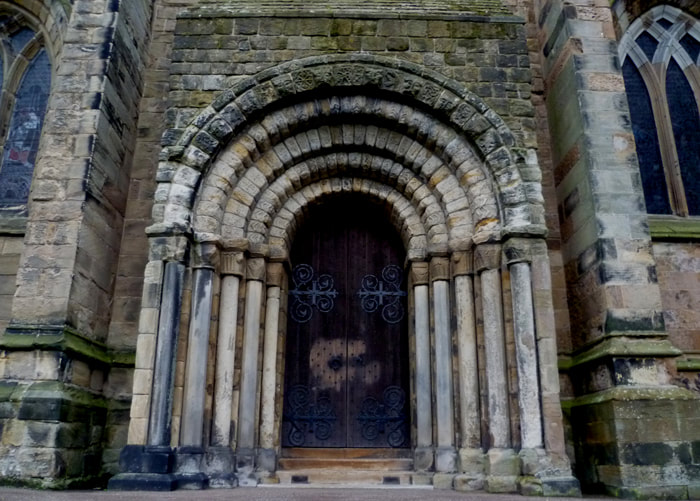 Johne Davidson comes from Dunfermline, Scotland, where the Davidson family was well established for three generations. His father was Thomas Davidson, one of eight siblings, his grandfather was Sir Johne Ferguson Davidson II.  His great-grandfather was Sir Johne Davidson, a former Burgess of Queensferi, and became a district councillor to King James IV when he moved to Dumfermline in 1500, as the Cathedral was being repaired and a Royal residence was added.
The Davidsons of Dunfermline were owners of much property in houses and land.  As, ‘Tenants-in-chief’ (or vassal-in-chief), they legally held their lands under various forms directly from the king and who by this period were often the major local landholders in an area.  During this period, the old feudal distinctions were  declining and the barons or tenants-in-chief had emerged to form a new identifiable group, aka, the lairds.
The king had the right to collect scutage (tax) from the barons who held these honors. Scutage (literally shield money) was a tax collected from vassals in lieu of military service.
​
Where Johne spent his boyhood years at his native place, or how they were spent, is quite unknown: but he must have been studiously inclined, for this is evident from the fact that he was destined for the Church and considered by historians as one of three greatest reformers in Scotland’s church history.
"Johne Davidson," says Thomas M’Crie, - a friend, colleague and later, Reformation historian "was James Melville's predecessor at Glasgow, and was a clergyman before the Reformation, he had studied at the University in Paris."​
The average age of first year registration at the University of Paris was 10 in the first half of the 16th century. This average disguises the substantial range of ages of the student population, as many of whom were full grown adults. Most universities attracted their students because of their high reputations, i.e., Pisa for medicine, Leiden for law, and Paris for philosophy.
Paris was highly reputed for its academic performance in the humanities – notably in theology and philosophy – it introduced several academic standards and traditions. A vast numbers of popes, royalty, scientists, and intellectuals were educated at the University of Paris.
Only baptized Christians were allowed to be students at the university, non-Christians were banned from attending. Most medieval students were required to pay their teachers, known as “masters”, for their instruction, and so they had to be able to afford this sum. Students also had to pay for the supplies that they needed, such as books, clothing, and food. Apparently this was not a issue with young Johne.
Educational attainment required was usually vague, but students needed enough Latin to understand the lectures and to be able express themselves.  All students were expected to be able to read and speak Latin. All academic debates (known as disputations) also occurred in Latin. ​ 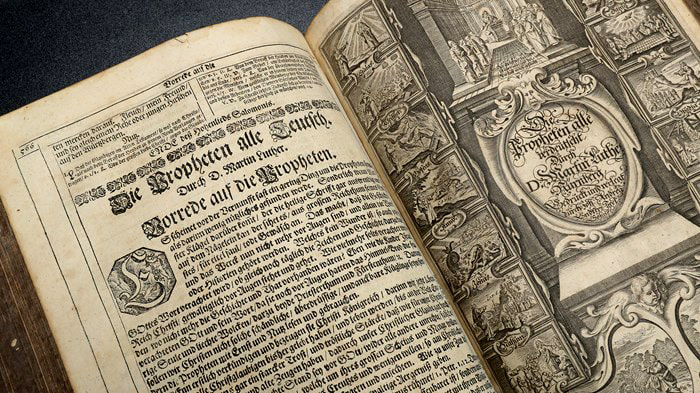 The earliest recorded notice we have of reaching his eminent divine manhood, was after he had completed his ecclesiastical studies and received an appointment to be placed at the head of the college in Glasgow​. ​It is here that he is befriended by John Knox.

A notable incident occurred in 1574 which displayed the pusillanimity as well as the grasping avarice of the infamous Regent Morton (James Douglas, 4th Earl of Morton). Among other plans for replenishing his coffers Morton had fallen upon the expediency of increasing his revenues by uniting three or four parishes under the care of a single bishop. The bishop collected the monies intended for benevolent works and forward them to Morton after taking an perviously agreed upon sum for himself.
Mr. John Davidson, who was by this time, a regent in the University of St. Andrews, had composed a poetical dialogue, which he called "A Conference betwixt the Clerk and the Courtier," in which he exposes, in terms more plain than pleasant, the mischievous and disreputable character of the Regent Morton and his practice of prelacy - ​the governing of the Christian Church by appointees of high social rank and power.
Morton was ​highly incensed at this 'jeu d'esprit', and threatened the author with prosecution. Shortly after this revelation, Johne was compelled to seek refuge in England, and would returned to his native land only on the demise of the Regent Morton.

Upon his return to Scotland, Johne Davidson had became the parish minister of Liberton, and was appointed by the Presbytery of Edinburgh to excommunicate a minister named Montgomery. Montgomery was the parish minister at Stirling. ​An attempt, was made by those in power, to thrust an Episcopacy upon an unwilling Presbyterian church council. This particular effort was now being led by the Duke of Lennox - a personal favorite with a questionable relationship with a very young teenage King James. Lennox offered these positions to different ministers upon condition of them turning over to him the parish's revenues and  providing for themselves, an enviable annual pension. The offer was finally accepted by Robert Montgomery, "A man,"  acknowledge by the Presbytery council, as a "vain, feeble, presumptuous, and more apt, by the blemishes of his character, to have alienated the people from an order (Presbyterians) already beloved, than to reconcile them to one (Episcopacy) which was the object of their hatred."
Montgomery was the minister in Stirling, who originally publicly opposed episcopal government of the church but then, in 1581, was persuaded by the Duke of Lennox to accept the vacant archbishopric of Glasgow. The General Assembly of the Church of Scotland and the University's Principal, the Rector, and the Dean of Faculty all opposed his appointment, which was clearly intended to allow the Duke to gain access to the revenues of the See. When Montgomery came to Glasgow in March 1582 to preach at the Cathedral, students and other supporters of Presbyterianism attempted to bar him from the building. There were violent clashes between the supporters of the Duke led by the Provost and Glasgow councillors, and many students were injured.
The 1580s witnessed a fierce power struggle between King James VI and his supporters on one hand, and the Church and its disaffected nobles led by Johne Davidson on the other. During this struggle, Montgomery was excommunicated by the Church but almost immediately, their decision was declared null and void by Lennox and the KIng's Privy Council. Thus began an ongoing feud, that took seed between King James VI and Johne Davidson that would last for another two decades.
​More to come.
“un petit diable”