Pioneer Preacher
"Is there a balm in Gilead?" 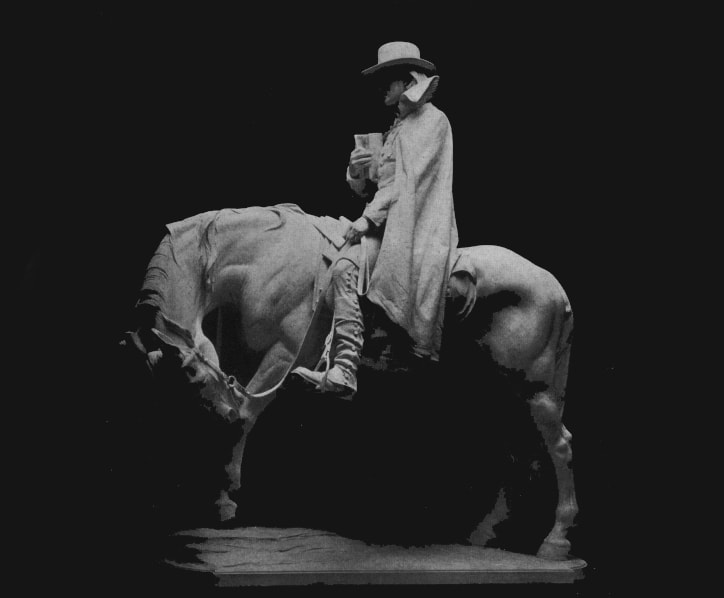 ​​Is There No Balm in Gilead?
A Sermon by Rev. Alexander Davidson - Spring 1800

Seated in the congregation were some of the most rugged yet noble men of God that could be found west of the Appalachian Mountains. These men, in the face of untold difficulties, had plunged into the howling wilderness of the American frontier, and in the face of their bitter enemies, had conquered the land for Christ. When the legal persecutions against the Baptists began in Virginia and North Carolina. where many were imprisoned for preaching and their possessions, gained by hard labor, were taken from them, they had fled into the hills of Tennessee, then to Kentucky and there suffered incredible hardships. They endured hunger, fatigue, cold, and nakedness. The only clothing which many of them could obtain was the skins of animals. And yet the scattered and homeless ones would assemble to unite their voices in singing, and praising God. They encouraged and cheered one another, and were grateful for even their miserable retreat. Many of their children sickened and died from cold and hunger, yet the parents did not for a moment think of yielding religion. They praised the love and favor of God far above earthly ease or worldly riches. If there ever was a religion that functioned during the week-days as well as on Sundays, it was the type found among the pioneers.

Present were such men as Robert Stockton who was said to have been thrust into jail at one time 'for preaching the gospel and William Matthews who, for religious sake, was almost drowned by wicked men while on his way to preach.
Also present was Richard Skaggs, one of the old "Long Hunters" who had explored Kentucky, and blazed trails to lead settlers there. He was a man who knew how to survive in the wilderness surrounded by fierce animals and warring Indians.
Others included Rev. Benjamin Lynn, for whom No-Lynn (Nolin) River was named. His knowledge of Indian wiles and of the wilderness ways had saved many a settler's life. He had performed the first baptism in Kentucky, in the waters of Nolin River, while men armed with rifles had guarded them against the Indians, which were lurking in the surrounding trees.

Many of the old soldiers of the Revolutionary War were present. Such men as Jonathan Cowherd, who participated in the Battle at Great Bridge near Norfolk, Virginia; Philip Crowder, who was with George Washington at Yorktown and saw the British commander hand his sword to Washington when the war ended. Abraham Harding, who served in Capt. Shin s Company in Pennsylvania and came to Kentucky to assist the recovery of his sister from the Indians; and many others whose countless acts of valor would fill a book of great size.

One participant afterwards said "I have seen a rural audience in those backwoods, made up of men and women of strong nerve, and not to be moved by any story of pain, danger, or death, weep with the deepest emotions."

Note: These early outdoor sermons were often all day revivals, sometimes lasting over the duration of 2 to 3 days. We do not have the actual sermon that Alexander Davidson preach, but what we do know, is that his sermon was based on the scripture from Jeremiah chapter 8, verse 22 "is there no Balm in Gilead?"