Kentucky, never having been a territory, broke off from Virginia to become the nation's fifteenth state in 1792.
There were several factors that contributed to the desire of the settlers of Kentucky to create a new state separate from Virginia.
First, traveling to the state capital in Virginia for business was long and dangerous. Second, any use of local militia against Indian raids required authorization from the governor of Virginia. Third, Virginia refused to recognize the importance of trade along the Mississippi River to Kentucky's economy. It forbade trade with the Spanish colony of New Orleans, which controlled the mouth of the Mississippi, this was important to the financial interests  of Kentucky communities.

On June 1st, Kentucky was granted statehood in 1792, becoming the first U.S. state west of the Appalachian Mountains.
Now under the Federal Constitution, Kentucky officially began with a convention, again held at Danville, in April 1792. There delegates drafted Kentucky's first Constitution and submitted it to the United States Congress.

Its first constitution, drafted that same year, was soon found unsatisfactory, and a second constitution was framed in 1799.
Alexander was a man of considerable prominence, as he represented Warren county at the convention that formed the second constitution of Kentucky, in 1799.
​
Despite the presence of a few prominent Federalists, Kentucky was a virtual one-party state, with the Jeffersonian Republicans dominating throughout the era of the First Party System.
​
Kentucky's first constitution was characterized as a forward-looking product of the democratic frontier, and many of its features do support this view: The document abolished all religious qualifications, incorporated a comprehensive Bill of Rights, prohibited viva voce voting, provided for the annual election of state representatives, and, most notably, granted universal white adult male suffrage. At the time the nation was founded, universal manhood suffrage was not the rule in any state. The usual qualification for voting was property. Two complementary arguments supported this: first that men of property would be best qualified to rule, and second that men without property could not be trusted.
Land speculation was an important source of income as the first settlers sold out their claims for cash to newcomers and moved further west.[69] The great majority of Kentuckians were farmers. They grew most of their own food, using the corn crop to feed hogs and to distill into whiskey. They obtained their cash from sales of burley tobacco, hemp, horses and mules. The hemp was spun and woven for cotton bale bagging and ropes. Tobacco was labor-intensive to cultivate; planters were attracted to Kentucky from Maryland and Virginia, where their own lands were near exhaustion from tobacco cultivation. Tobacco was a labor-intensive crop, and plantations in the Bluegrass region used slave labor, but on a smaller scale than the cotton plantations of the Deep South.

Yet the decision to lift property requirements for voting had as much to do with extraordinary high rates of landlessness and rampant confusion over land titles as it did with democratic enthusiasm; the delegates did not dare disfranchise well over half of the state's population. In fact, a majority of the convention was determined to contain the swiftly moving democratic currents of the early republic.

The document, therefore, created a powerful executive, one chosen by electors every four years and possessed of substantial powers of appointment; a bicameral General Assembly in which the upper house would also be decided by an electoral college; and a nonelective judiciary. Significantly, the constitution gave original and final jurisdiction over land cases to the state supreme court, a provision that the great landowners of Kentucky had advocated for years because it precluded any chance for appeal. Furthermore, conservative elements at the convention turned back an attempt to end slavery in the state and, in fact, secured a positive and explicit protection for slavery, the first such constitutional provision in the nation. 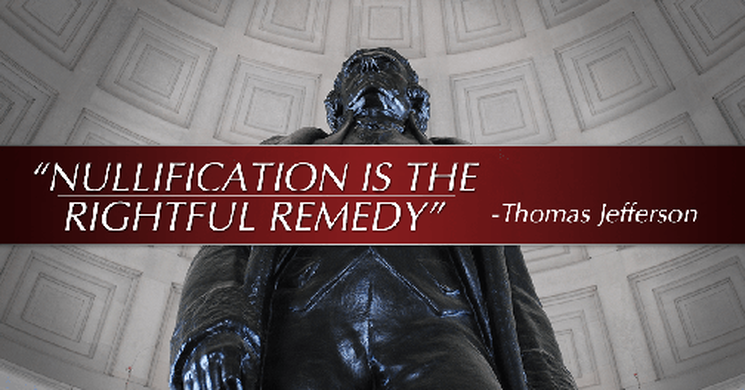 The year 1798 was an exceedingly unfavorable time for the propagation of religious teaching, and the exercising of religious influence, among the people of Kentucky. Perhaps political excitement never run higher than during that year.

There were three principal causes, which produced this almost wild agitation in the popular mind of Kentuckians.
First: The people had become disgusted with their current State Constitution, and desired a new one. The proposition to call a convention, for the purpose of forming a new constitution, had been submitted to the legislature, and had passed the lower house, but was defeated in the senate. This enraged the people all the more, because the senate, under the 1792 constitution, then in force, was not elected by the people, but by a college of electors. The excitement on this subject continued to increase, until the fall election decided in favor of the convention.

But discussion of the subject of forming a new constitution, and the emphatic decision of the people in its favor, brought the subject of emancipation before the people again. The question, as to whether the new constitution should require, and provide for, the gradual emancipation of slaves, in the commonwealth, was propounded and warmly discussed.

The brilliant and influential Henry Clay boldly advocated the affirmative. Much of the perishable property of the people of the state consisted in slaves, and the owners were necessarily restless and agitated, until the question was finally settled, by the adoption of the new constitution.

But a third, and apparently more powerful cause of agitation, was the recent passage of two laws, by congress, known as the Alien and Sedition Laws. The cause of the passage of these laws, and their purport, may be briefly stated. The western people were enthusiastic admirers of France, on account of her people having aided the American colonies in their struggle for Independence, and were as strongly embittered against the Administration of the United States Government. Meanwhile, there were grave misunderstandings between the governments of France and the United States, and war between the two powers seemed imminent. Under these circumstances, French agents were sent to Kentucky to kindle the enthusiasm of the people in favor of "the French Republic," and fan the flame of their hatred against Mr. Adams' Administration. The temper of the Kentuckians was such that state laws could not be enforced against the French agents. Under these circumstances, congress passed one law by which aliens should be arrested and placed under the control of the President of the United States, and another, to use the powers of the General Government to punish and suppress slanders against the members of congress and the Administration.

Those pernicious pieces of legislation (four acts in all) granted the federal government new and expansive powers. The so-called Alien Acts were used by the president to declare foreign residents in the United States to be enemies of the state and to have them jailed and deported. The Sedition Acts, on the other hand, endowed the president with the power to outlaw and punish any criticism of the Adams administration considered by the executive branch to be “seditious.”
The former “laws” obliterated due process while the latter violated the right of Americans to speak freely and to criticize the government, as protected by the First Amendment.

These laws were regarded as alarming encroachments on the rights of the states. When the Kentucky legislature convened, it passed the famous "Resolutions of 1798." These resolutions, drawn up by Thomas Jefferson of Virginia, were offered by John Breckenridge and seconded by Colonel Robert Johnson. They passed the lower house unanimously, and had but one vote against them in the senate. The resolutions set forth the Jeffersonian theory of government, and virtually declared the Alien and Sedition Laws void.

in 1799, the state's voters authorized a second state constitutional convention. This time, John Breckinridge, a Virginia-born lawyer soon to be Thomas Jefferson's attorney general, dominated the proceedings in much the same way that Nicholas commanded the first convention. Under Breckinridge's guidance, the conservatives succeeded in curbing the most radical demands for reform: The legislature remained bicameral, the separation agreement with Virginia was upheld, the attempt to reform the judiciary and its control of land titles was turned back, and slavery was once again protected and preserved. Although delegates made some concessions to popular sovereignty (including the direct election of the governor and state senators), they reinstated viva voce voting, preserved the appointment of judges, and made other minor offices, previously elective, appointive. To cap things off, the conservatives included a clause that made further revision of the constitution extremely difficult.

​While the people were so wildly excited on the subject of politics, the revival wave that had given such cheering hope to the friends of Zion the preceding year, had passed away, and the churches again settled down into their former apathy. The revival, however, seems to have had a more lasting effect on those preachers and churches more remote from political centers. There was much religious activity on the frontiers, and:.n unusually large number of churches were constituted during the year.