WELCOME
​I appreciate all of you who who took a moment to stop by to look at my family tree and related history website. This site is not perfect, but it is a labor love, and as always, it is a work in progress. (see disclaimer) What started out just as a simple holding place of family records, primarily for my immediate family, has grown beyond my expectations. Every month I have over 800 page visits and new 12 visitors each day... which is ironic, because very few of those visits are actually from family members!

I do have a blog page here, where I occasionally share my concerns on contemporary values.

But, what was an unexpected surprise, occasionally I do get emails searching out some distant ancestor connections or even a helpful correction regarding a date or a name misspelling, all are welcome of course. Inquiries and suggestions, or just general correspondence can be sent to Thomas Jordan at... TJNJARTWORK@GMAILCOM

Now get off my lawn! (just kidding) 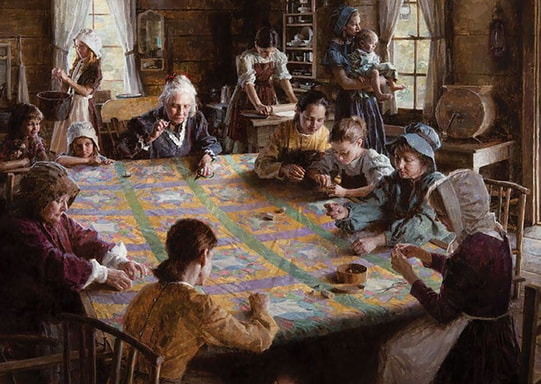 Family Trees are like quilts, they are patches of generations sewn together. Quilts can be a sentimental part of a family's heritage, handed down from times past.  It is no wonder they are cherished as precious heirlooms and occupy honored places in homes and museums.
Quilts are handmade by the family's storytellers that are passed on from one generation to another, with patches of fond memories sewn-in together by grandmothers, mothers, aunts, daughters, sisters and relatives. Often, they come from the very fabrics, worn by those generations from a particular place or era, often replacing previously thread-bare patches with newer ones.  They can reflect the times in which they were made and the people who made them, occurring simultaneously with the development of our nation. ​​ One can only wonder of the stories that were shared around the quilting table, fond memories that are rekindled by a particular swatch of fabric.

“A grandchild can fill a space in your heart
​that you never knew was empty.” – Unknown 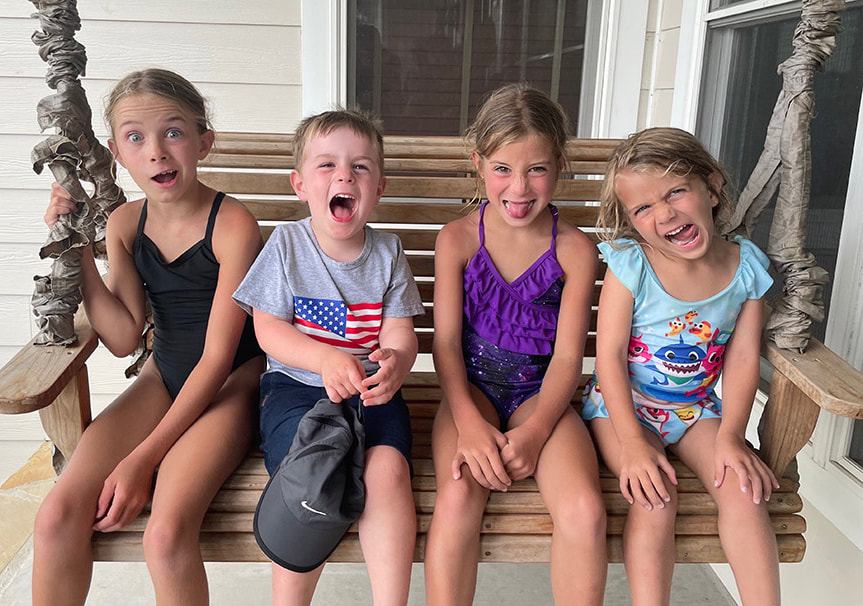 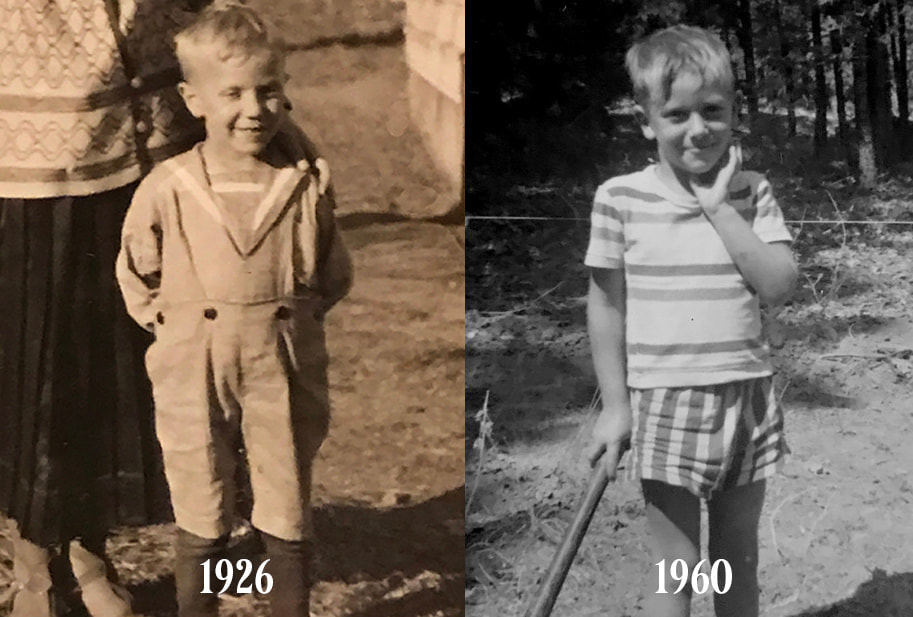 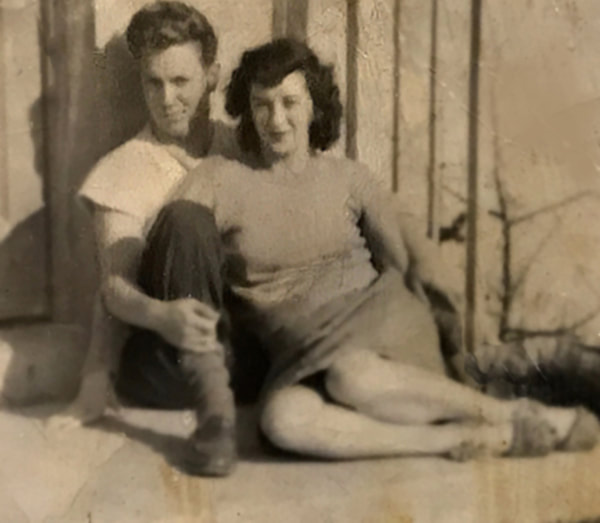 This project is an ongoing, never-ending trail of discovery of the many lives woven from the past to the present to my children, grandchildren, brothers, nephews, and nieces. It will always be open-ended, with future additions to be contributed by you, your children, and your grandchildren.
JORDAN 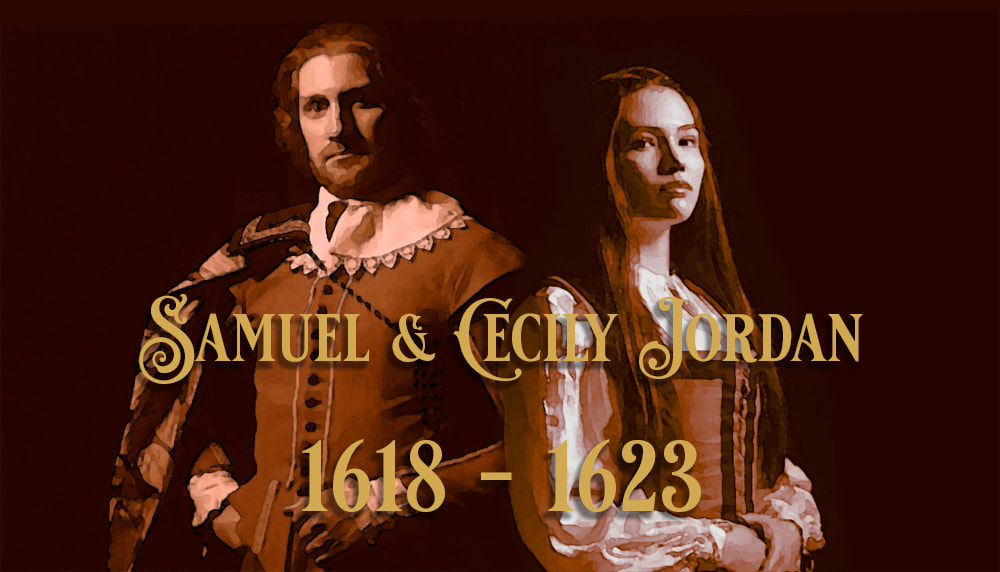 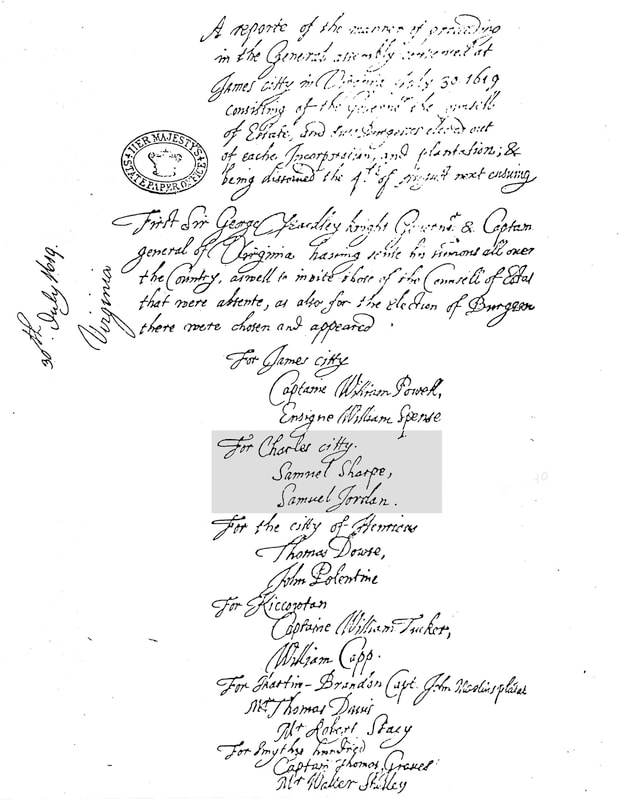 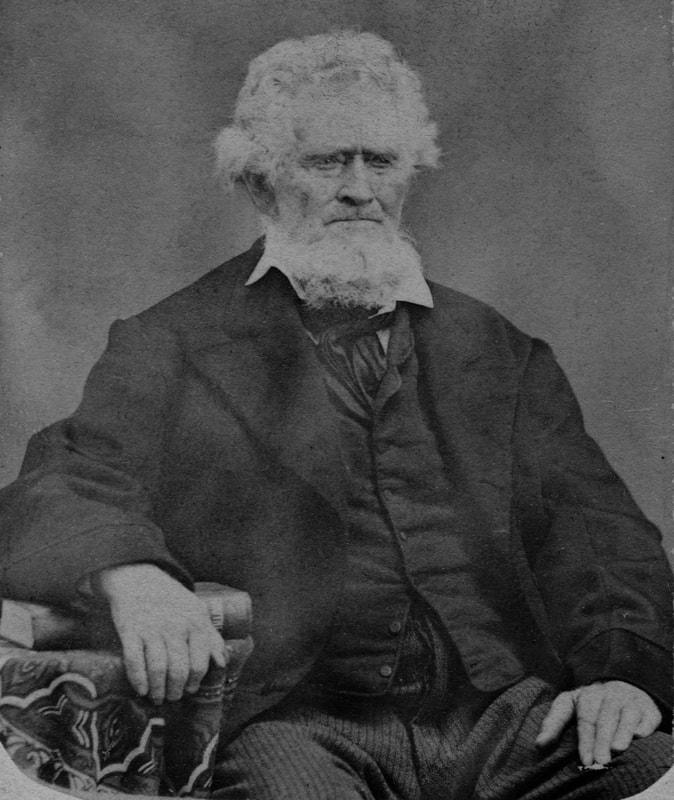 My g-g-great-grandfather ELIJAH DAVIDSON, was born 23 February 1783 in Rutherford County, North Carolina at that time the British Soldiers still occupy New York City and Savannah GA.  Elijah’s father Rev. Alexander Davidson III, and John Fouquoy Murphy (Elijah's future father-in-law) fought as patriots at Ramsour's Mill, Kings Mountain, and Cowpens. All three battles were just 20 miles from Elijah's boyhood home.
After the Revolution, Elijah’s generation of Americans inherits truly a new world order and with it, the responsibilities of working out the very complex interactions of independence, law, state's rights and individual civil liberties. Elijah is reared as a citizen of the very first generation of free-born Americans. For the duration of his life, he will experience the vibrant tapestry of the events, callings, decisions, desires, twists and turns of a democracy, that will become a hotly contested and frightful reality. Elijah, believed that this new republicanism depended on the virtue of its citizenry, a virtue that the politicians would increasingly find it difficult to grasp.
At 23, Elijah has to grapple with the new distinctions of free and slave labor, with all its divisive social entailments sparked by the passions of a religious awakening. In 1806, Elijah warmly espouses the cause of Emancipation, influenced by his father-in-law Elder John Murphy, in 1808, they and others, declared non-fellowship with the pro-slavery Kentucky's Baptist churches. They form a new church association called the Friends of Humanity movement, where all participating church members must emancipate their slaves. A young couple named Thomas and Nancy and their local church joins their movement, and in 1809 they have a son, he is named Abraham Lincoln.
In 1815, Elijah volunteers to fight with Kentucky’s long rifle mounted militia at the Battle of New Orleans. As payment for their service, men like Elijah will received 160-acre land warrants in the Illinois Military Tract, a region between the Illinois and Mississippi rivers, where the Chippewa, Ottawa, and Potawatomi ceded their lands in northern Illinois by treaty at Prairie du Chien in 1829.
That autumn, Elijah & Margaret (Murphy) Davidson, with their in-laws Squire William Whitman and Peter Butler, settle on the south side of Cedar Creek, the future site of the town of Monmouth, Illinois. Elijah Davidson erects the first of four cabins built in Monmouth. He owns a cabin and a blacksmith shop. The entire territory at that time is comprised of Warren, Henderson and Merger counties, contained only thirty or forty families. On February 12, 1831, an act to incorporate the inhabitants of Monmouth was publicly posted to call the male citizens of the town of Monmouth" to meet at the school house. It was organized by calling Elijah Davidson to be chair for voting to incorporate the town of Monmouth. Twenty-three votes were cast in favor of the incorporation and none against.

On March 19, 1848, the fourth child of Nicholas Porter Earp and his second wife, Virginia Ann Cooksey is born in the township of Monmouth, named Wyatt Berry Stapp Earp.
​
In 1850, at a vigorous age of 67, Elijah departs the township of Monmouth Illinois crosses over the Oregon Trail, and establishes his second town, also named Monmouth and a Christian school that will eventually become Western Oregon University. A strict prohibitionist, a provision for the land donated for the township of Monmouth, Oregon cannot sell or serve alcohol. It was an ordinance that remained in effect until 2002 when the town voted to lift the ban on the last "dry-town on the west coast".
​
On 24 Apr 1870 Elijah Davidson dies in Monmouth, Polk Co., OR. having lived a very full-life in service to others. 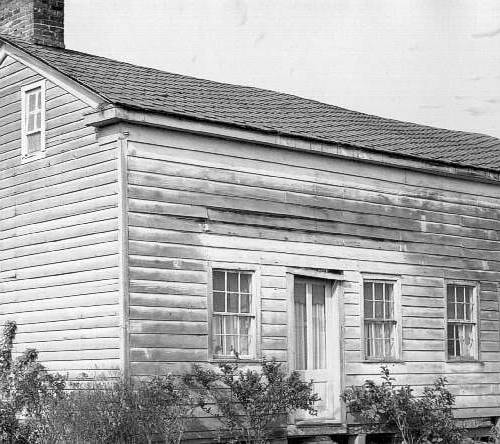 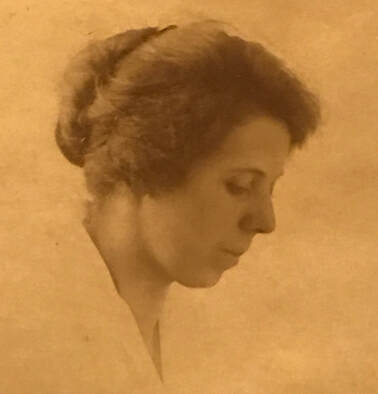 I never met my father’s parents, both died long before I was born. Gennieve's "Eva" genealogy can be traced with a very high degree of certainty back to William Davidson, born in 1420 in Musselburgh, Midlothian, Scotland.
William Davidson had married Christina Wallace, she was the 5thG-Great grand daughter of Sir John Wallace, Sheriff of Ayrshire, Laird of Elderslie, Riccarton & Craigie, and he was the brother of Sir William “Braveheart” Wallace. By following the Wallace branch, we can continue to trace our family ancestry back to 1170 Scotland.

OUR AMERICAN HERITAGE
​Historian Frederick Jackson Turner, said the frontier defined the American experience. He noted the significance of its demise in an 1893 speech to the American Historical Association.:
"Up to our own day American history has been in a large degree the history of the colonization of the Great West. The frontier produced a man of coarseness and strength...acuteness and inquisitiveness, of that practical and inventive turn of mind, full of restless and nervous energy, and the buoyancy and exuberance which comes with freedom. The paths of the pioneers have widened into broad highways. The forest clearing has expanded into affluent commonwealths. Let us see to it that the ideals of the pioneer in his log cabin shall enlarge into the spiritual life of a democracy where civic power shall dominate and utilize individual achievement for the common good." -- Frederick Jackson Turner.

Get updates sent directly to your inbox