The first significant wave of Scottish and Irish American immigration came in the 1720s. They sailed from Scotland and the southern Irish ports of Cork and Kinsale and settled in communities in Virginia and Maryland.

Second Generation - Murphy
The Murphy Boys - The Greatest Baptist Preachers in Virginia
Joseph & William Murphy were called the Greatest Baptist preachers that ever was known in Virginia in their Day. They were also called, the “Murphy Boys” as they were so young & so very eminent. Both William and Joseph were converted as youths, trained for the ministry under Baptist Separatist Shubal Stearns, and became active ministers of the Baptist faith. Between the two of them, 30 different churches were established and organized from Virginia to Tennessee. William was considered the more prominent of the two, who made significant contributions to the spread of the Separate Baptist faith.
They lead to Christ one of Virginia’s most celebrated men, Samuel Harris. Harris’ career had risen to political and military prominence, he fought and survived along side George Washington at the Battle of Monongahela in 1755, where General Edward Braddock, the commander, died with many of his men in a failed attack against the French. At that time, Samuel Harris was more popular then George Washington himself.  Around 1757, on one of his military rounds, the Colonel came to a house near Allen Creek where people were assembling. “What is to be done here, gentlemen?” he asked. “Preaching, Colonel,” he was told. When he asked “Who is to preach?” they said “The Murphy boys, sir.” Harris stayed to listen and being rigged in his military dress he was not willing to appear in a conspicuous place so he seated himself in the back of the room behind a loom
Immediately following the sermon of a typical Separatist Baptist revival, a suitable hymn would be sung while the preacher went through the congregation shaking hands. An invitation is extended to all sinners to come and kneel at the front. Prayer was offered for those who responded. Following a time of prayer, singing, and exhortation the meeting was adjourned until the evening, when all who wished reassembled in a private home for preaching or prayer. Ordinarily the night meeting was given over to prayer.
It is said that Samuel Harris was so moved that he cast aside his sword and military insignia. When the congregation rose from prayer Colonel Harris was observed still on his knees with his head and hands hanging over the bench. Later baptized, Samuel Harris left the military and his privileged position in life and devoted the rest of his life to the ministry.

JOSEPH MURPHY was not thought to possess talents equal to his brother but was esteemed “a man of strong natural parts which were wholly neglected until he turned religious”. He learned enough of letters to enable him to read and to preach his Bible He possessed ready wit and a bold and intrepid spirit by which things he often foiled his adversaries without converting them. As a disciplinarian, he was thought of as judicious and useful.
Joseph went with some of the members to present Montgomery County, N.C. There he became pastor of the Little River Church, and within three years its membership climbed to five hundred. He once was arrested taken before a magistrate for public preaching but he defended himself so expertly that the magistrate bade him go about his business. He died as a respected as a venerable old man.
In Taylor's Virginia Baptist Ministers (1860), pg. 29, thus refers to the same incident:
"He was not easily daunted by the opposition of his foes. When, on a certain occasion, he was apprehended and tried for daring to preach without a warrant from the establishment, he defended himself in the most manly and Christian-like style. Such was the impression produced on the minds of those who heard him, that he was at once acquitted and set at liberty. Since his conversion, his life and conversation had been without blame; but before he was a man wicked to a proverb. He suffered by the Regulation tho' he had no hand in it. Various accounts debate whether Joseph went into hiding during this time. He did later return to preaching in the area…and a lot of it.”
However, Joseph Murphy was numbered among the Regulators, who escaped punishment with the help of his church members.
"A man of wit, Mr. Murphy had many verbal encounters in his more active days, with opposers of different characters, whom he always abashed and foiled. His feats of this kind he now relates with much pleasantry, and with a self-complacency which is altogether excusable in a man who is almost 80 years old. He was once opposed by a fanatick of more effrontery than argument, who contended that Adam, before his fall, had not a mortal body, but was a pure spiritual being.
A woman was sitting by, carelessly nursing her child, whose name was Frost, who said to Murphy’s opposer, ’I do not see how God could take out a rib from Adam's side, and close up the flesh again, if her were nothing but a spirit.’
‘Ah,’ replied Mr. Murphy, "I think, my friend, you are FROST-bitten, and will soon wither without any arguments of mine..." Taylor's Virginia Baptist Ministers (1860)

WILLIAM MURPHY, was known as Rev Murphy. He was born in 1732 in Virginia. William Murphy married MARGARET HODGE in 1751, in Halifax County, Virginia. She was the daughter of William Hodges and Anne Turner. Unfortunately she died in late 1761. William Murphy became a Baptist Minister in 1763 in Staunton, Staunton, Virginia.
In 1765, William Murphy married Sarah Barton, daughter of Joshua Barton and Jane Dubart, in Virginia. He died 19 Nov 1799 in Barren Co., KY and was buried in Mt. Tabor Baptist Church Cemetery.
William Murphy, was known as one of the “outlandish men”. His name appeared briefly in Amelia County lawsuits in the 1740s and was tithable there in 1746 and 1747.
At age 19 he left the Anglican Church and was ordained (Separate) Baptist Minister
- 1756 founded 1st all black church in Virginia (2nd in the colonies) on Big Bluestone Creek with the help of Philip Mulkey 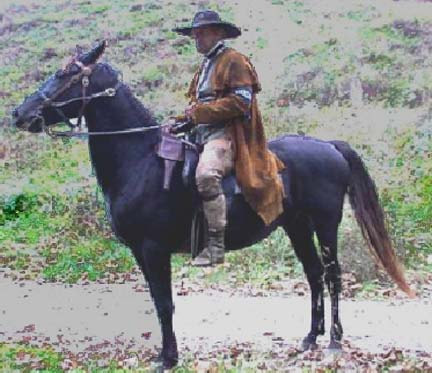